Interpretive Experiences – Then & Now… and an eye to the future. 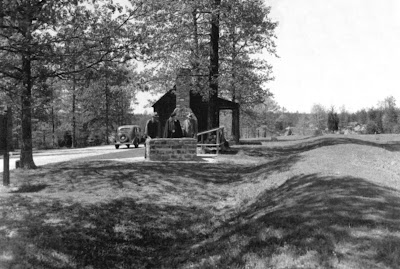 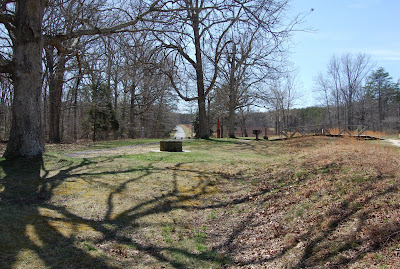 Today’s post features two images taken at the Bloody Angle on April 30, 1938, along with present day comparisons. The 1938 photographs are from the files of the F&SNMP.

Several things have changed in seventy-two years as to how visitors experience their visit to the Spotsylvania unit. The initial design for the park roads allowed vehicles to drive completely around the inside of the Muleshoe Salient. Today, two thirds of that road have been removed, providing a much more pleasant and authentic pedestrian experience. Also, as seen in previous post http://spotsylvaniacw.blogspot.com/2010/03/bloody-angle-1938-by-numbers.html, an on site ranger greeted visitors from a “Contact Station” very much like ones that could be found at other NPS sites up through the 1950s. The Contact Stations at F&SNMP were all of wood construction, whereas at Gettysburg they were made of stone. In the summer season ranger/historians still provide walking tours of the Bloody Angle stop at Spotsylvania. Check the Park’s website to confirm scheduled times: http://www.nps.gov/frsp/planyourvisit/hours.htm
In the top image from 1938, a visiting couple is seen with a Ranger examining a relief map that once stood on the approximate location of the orientation compass today. On the road to the left is the visitor’s car and behind them, the Contact Station. Visitors familiar with the area today will find it interesting to note there was no bridge crossing the trenches at the Bloody Angle then. This view was taken looking southwest from a point roughly thirty-five yards northeast of the Angle, just inside the Confederate side of the works. The New York and New Jersey monuments are just out of view to the right. 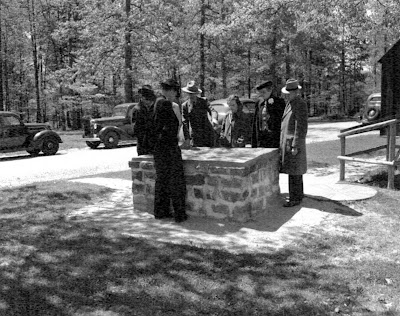 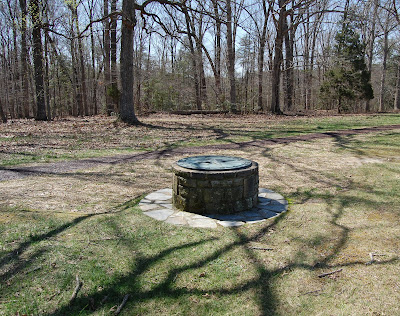 The second 1938 image, with modern comparison below it, shows the Ranger providing an orientation to the same couple in the first picture along with some other folks who have arrived and parked on the shoulder. Just out of view beyond the right edge of this photograph is the location of the McGowan monument dedication May 9, 2009.

New interpretive plans will be implemented as the Park prepares for the Sesquicentennial Commemoration. Among them is a new approach to the Bloody Angle from the Union perspective, leading visitors on a diagonal from the parking area toward the monuments and then along the northern face of the Confederate works. Eventually the trail will lead through an opening in the works and allow visitors to either go left toward the East Angle or right toward the Bloody Angle. Coupled with new interpretive signs with vivid graphics the visitor experience will be greatly enhanced.
Posted by John Cummings at 8:30 AM