It's always exciting to find new images to study. A batch of previously unseen stereoviews from the April 1866 Bontecou expedition has been revealed, and they fill a few holes in the 121 image series. Until now, there were only about 65% of the series known to exist in any printed form. Unfortunately, all the glass negatives have long vanished, including the number that had been apparently purloined from the Surgeon General's collection by assistant George Oscar Brown, and later published under his name while setting up his post-military career in Baltimore, Maryland. Previous posts on this blog have gone into further detail on my research into the series, and can be found by following this link by clicking here.

One of the new views, from The American Antiquarian Society in Worcester, Massachusetts, is labeled as being taken from the Shakespeare Hotel, in Fredericksburg, Virginia.

The immediate problem with that captioning is that the Shakespeare Hotel, located in the 800 block of Caroline Street, had been completely destroyed by fire in November 1865, as detailed by NPS historian Noel Harrison, in his 1995 book, Fredericksburg Civil War Sites, April 1861-November 1862, published by H. E. Howard, Inc., Lynchburg, Virginia.

What the photo does reveal, as we can see in its middle distance, is that it is actually looking southwest, and was taken from the top floor of the Planter's Hotel, on the intersection of William and Charles Street's northwest corner, at 401 William Street. 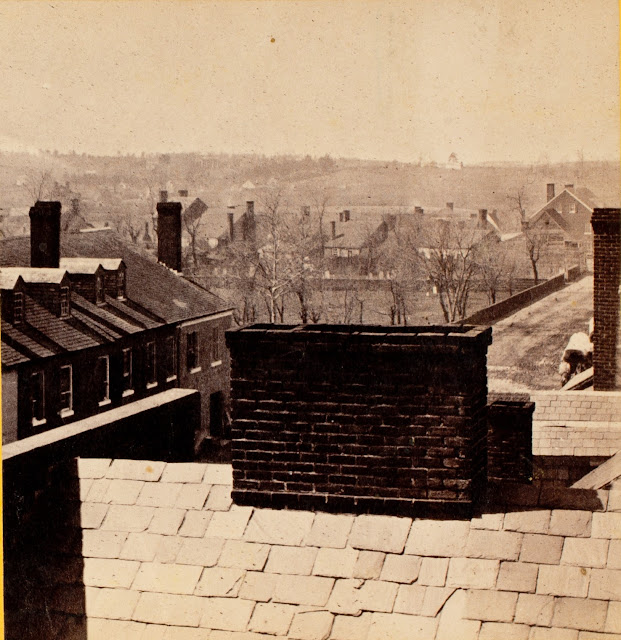 Just above the wide chimney dominating the foreground, we can see the Old City Burial Ground, now the site of Hurkamp Park. On the other side of that cemetery's western wall, is the now also moved, Cemetery of Masonic Lodge #63. Beyond that, we have a nice view of structures on Liberty Street. And, along the horizon, Hanover Street, running up the heights at left, with Brompton faintly visible among the trees. Also note the covered wagons parked on William Street at lower left. They would be sitting in front of what is today, Paymon Fine Rug Imports at 501 William Street. 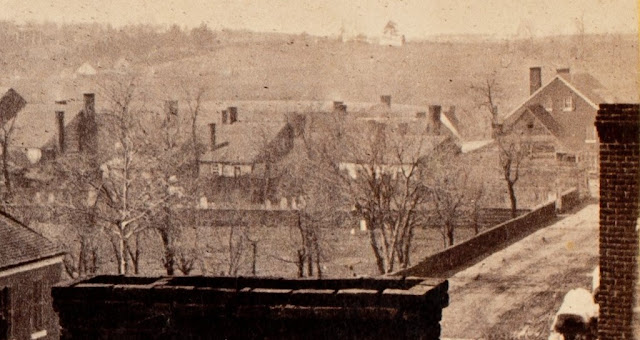 Here is the still standing western wall of the Old City Burial Grounds, running along the eastern wall of 520 William Street, which occupies the site of the Cemetery of Masonic Lodge #63. 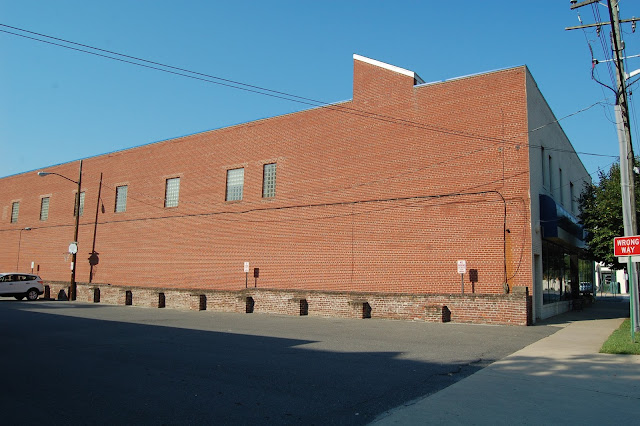 At the left of the foreground, we can see three buildings along the south side of William Street, of which only two remain standing today, which comprise Ristoranti Renato, at 422 William Street. 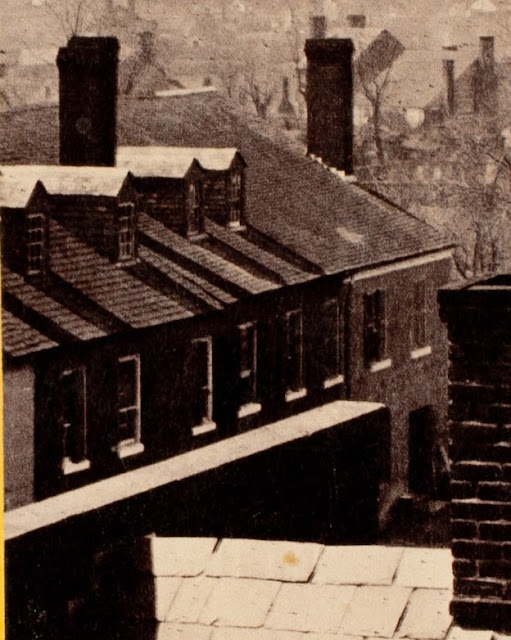 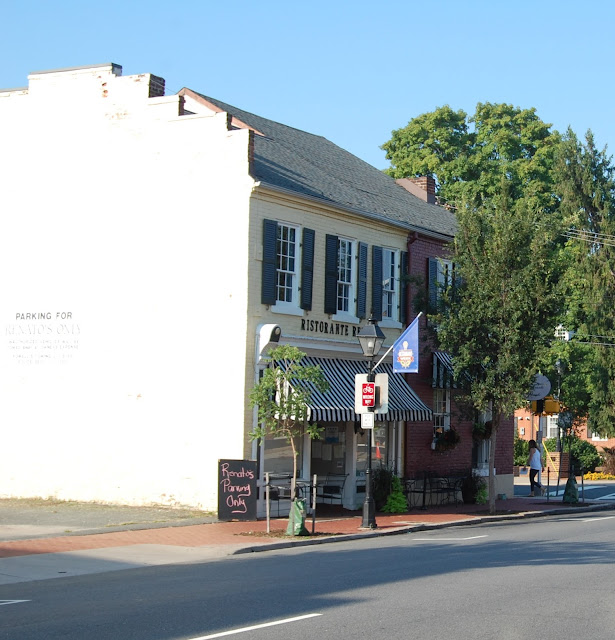 At upper right, beyond both cemeteries, and standing on the corner of William and Liberty Streets, is 600 William, the current home of Primavera, Pizzeria and Grill. 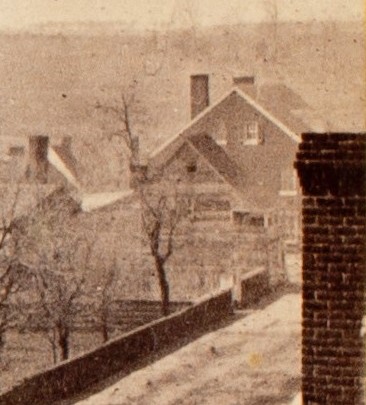 Here is a view of the Planters Hotel building, looking west, seen in an early 20th century photograph long after it had ceased operations as a hotel, and had become the offices of  "R. T. Knox and Brother", producers of sumac extract and bone meal. The Bontecou photograph was taken from one of the top floor windows that looked to the west, on the other side of the building. The false front and wide chimney of a neighboring business can be seen at the extreme left. That structure no longer stands, but is the source of the large chimney in the middle foreground of the Bontecou stereoview image. 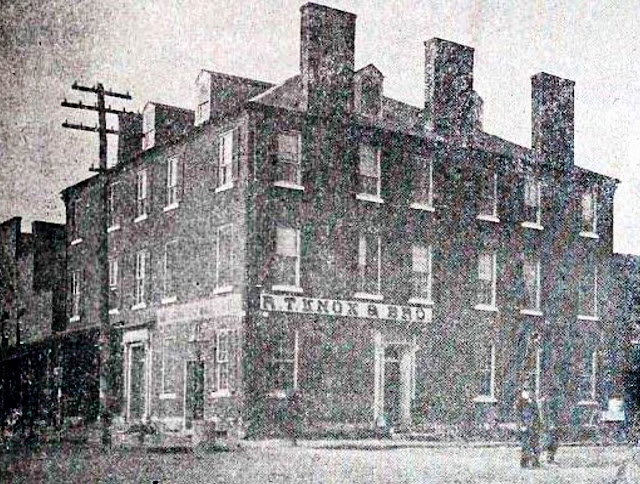 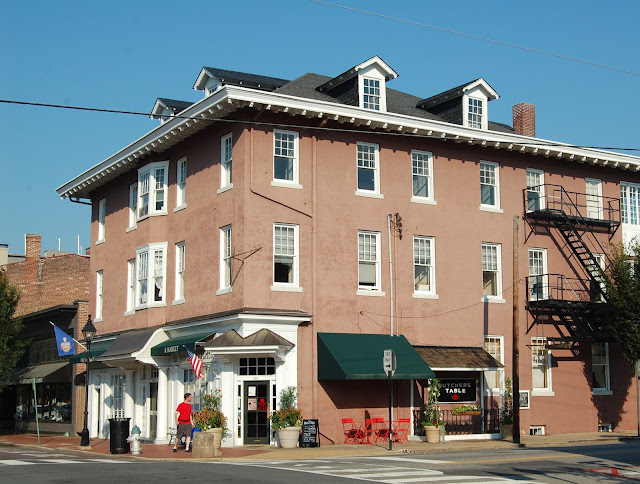 Below, we can see the top floor dormer window from which the Bontecou photo was taken. 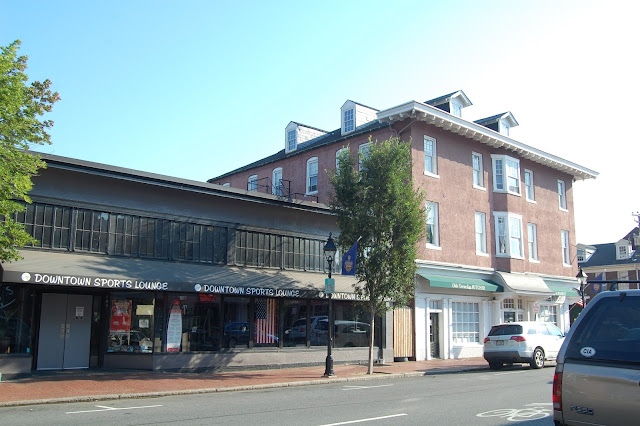 It is the window at center. 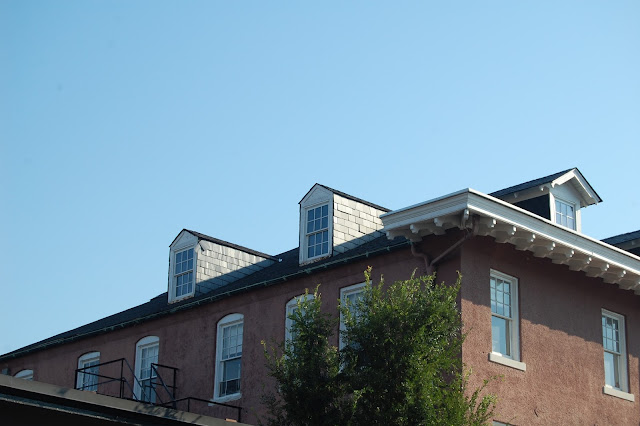