In Review - Looking at This Blog's Five Most Popular Posts, Thus Far

From time to time we can all benefit from reflecting on what we have done with ourselves up to our present condition. How have we come to where we are today? Unfortunately, most of our personal life experiences do not have solid analytical data to reflect upon. Hosts of blogs such as this do however, have statistics available we can review to judge our performance as publishers so to speak. In looking back over the statistical history of this blog, I can determine what the most popular posts have been and examine the Internet traffic that brought my visitors to the site. This can help to shape future postings, by having an idea of what my audience seems to find interesting. That's my job, and in the next twelve months we shall see how that shakes out. I hope my current and future audience will find it beneficial.

The following are the current, five most viewed postings at Spotsylvania Civil War Blog, with most views happening within the past year as our traffic has increased with growing exposure and popularity of the overall subject. This first year of the Civil War Sesquicentennial Commemoration has been a large factor in our growing popularity. Overall traffic to Civil War sites on the Internet has grown and referrals from other blogs and websites has increased exponentially.


4. Gross! What Are They Doing? Latrine at the Fredericksburg Power Canal? A Not So Pleasant       Consideration: Posted July 1, 2011

I hope my longtime viewers, and new visitors, will enjoy this look back. Thank you for stopping in. 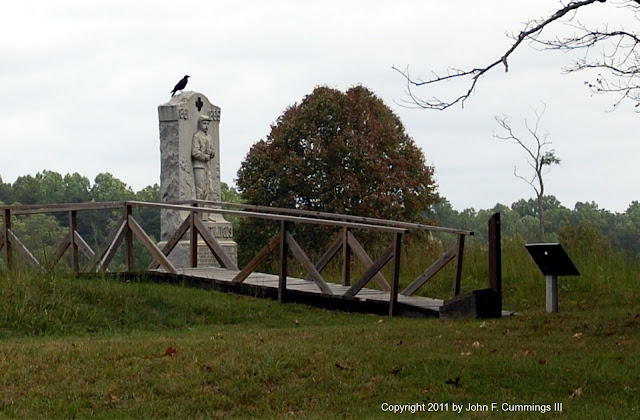 Posted by John Cummings at 9:03 AM No comments:

The reorganized 23rd Regiment of United States Colored Troops were proud participants October 5, at the 96th Annual Meeting of the Association For The Study Of African American Life and History (ASALH). This year's meeting agenda was based on the theme of African Americans and the Civil War. The five day gathering consists of panel and paper sessions, receptions and tours of the area battlefields and historic sites. Visit their website by clicking here, for more information on the conference. 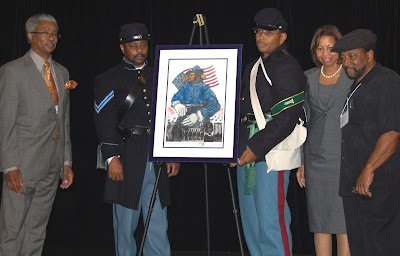 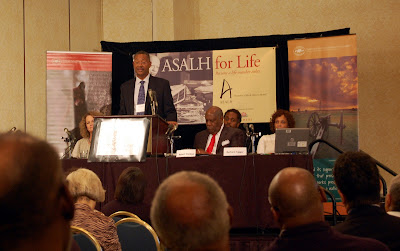 One of the earlier panel discussions featured from left, Kate Clifford Larson of Simmons College and a biographer of Harriet Tubman; John W. Franklin of the National Museum of African American History & Culture; Robert Stanton, Senior Advisor to the Secretary of the Interior; Alan Spears, of the National Parks Conservation Association; and Barbara Tagger, of the National Park Service. 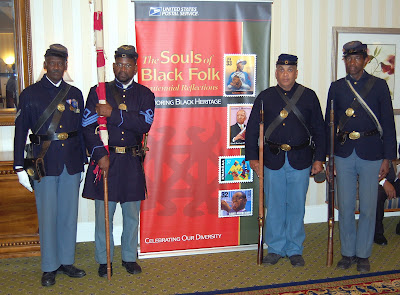 Also in attendance were members of the 3rd USCT and the 54th Massachusetts Infantry regiments. 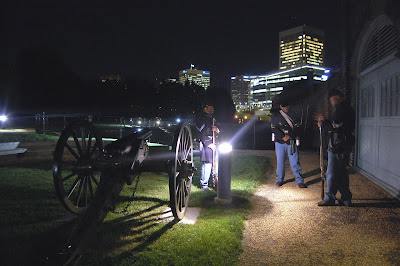 Later in the evening, the re-enactors provided living history demonstrations for attendees during a special tour of the American Civil War Center and Historic Tredegar Iron Works. The modern Richmond skyline contrasts starkly against the historic cultural landscape. 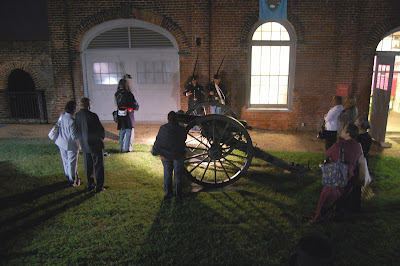 Posted by John Cummings at 11:16 AM No comments: