On Saturday, December 8, 2012, the City of Fredericksburg once again witnessed the sites and sounds of battle. Union forces crossing the Rappahannock River on pontoon bridges met with staunch resistance just as had occurred one hundred and fifty years before. 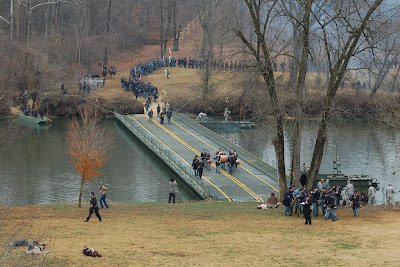 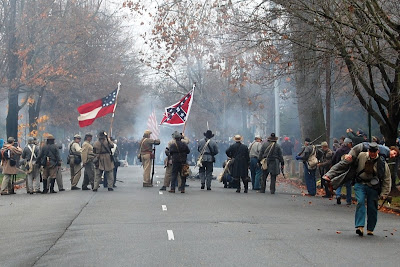 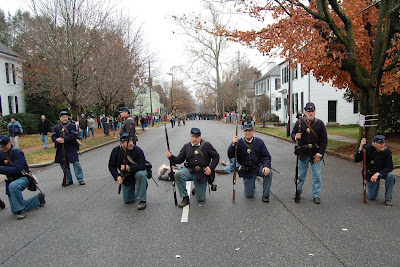 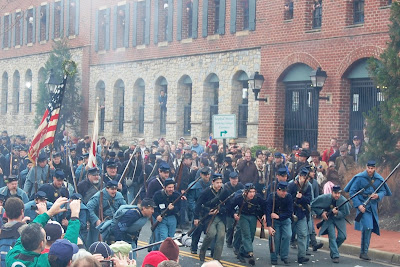 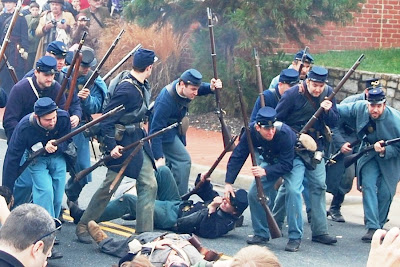 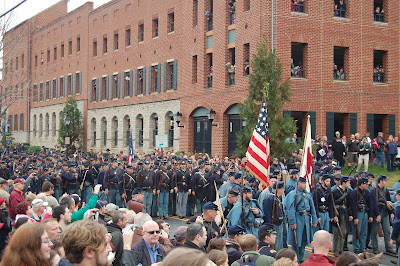 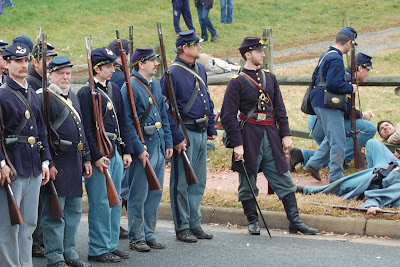 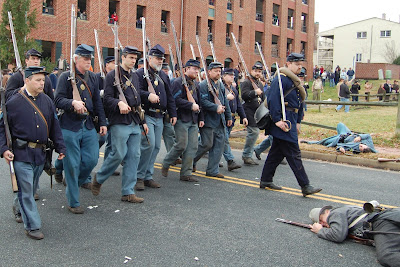 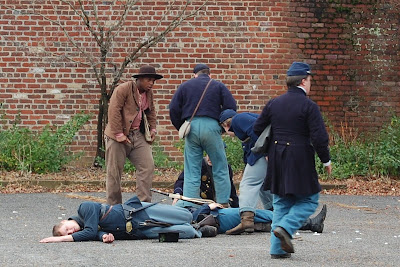 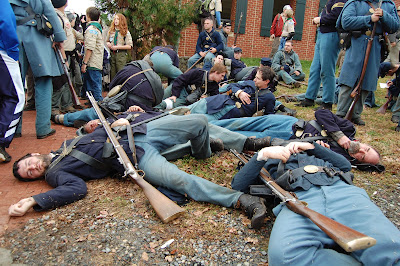 But, as in 1862, the ordeal would end in a costly "slaughter", on the streets and at the foot of Marye's Heights, in front of a simple stone wall, along an infamous Sunken Road. Alas, when the smoke cleared, these "honored dead" arose to rejoin family and friends, and live another day, ending a fitting and proper "commemoration" of the Sesquicentennial anniversary. 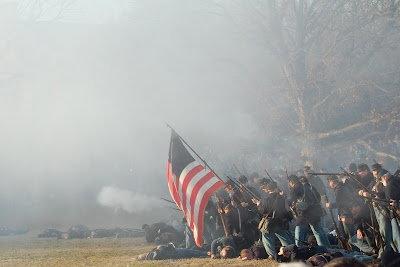 All photographs copyright 2012 by John F. Cummings III
﻿
Posted by John Cummings at 10:39 AM 2 comments: