And Just Like That - GONE! The Minor House is no more...

Some final photographs delivered by our friend Stephen Masters, who has been on-site today, documenting the tragic loss of one of Northern Virginia's historic treasures. Admittedly, the Minor House was lost before today due to obscurity. With additions and expansions during the late 19th and early 20th centuries, the house faded from view. Its historical importance forgotten as the neighborhood grew around it, only to be revealed at the eleventh hour like so many preservation losses, usually too late to have a happy ending.
Stephen has logged many personal hours in an effort to save the Minor House. Sadly, the battle is lost. I am very appreciative of Stephen's determination and his continual updates.
These final images show the remnants of the log structure and stone fireplace, its hearths having seen innumerable faces warming themselves since possibly the late 1700s. Thus is the passage of the centuries, and the fading of memories.
Attached, by this link, is a pdf report of historical assessment by Fairfax County ARB and History Commission.


As always, click on any of the following images for larger viewing.

Note the extending length of the chimney as the house grew around it vertically. 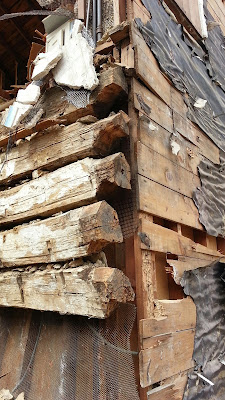 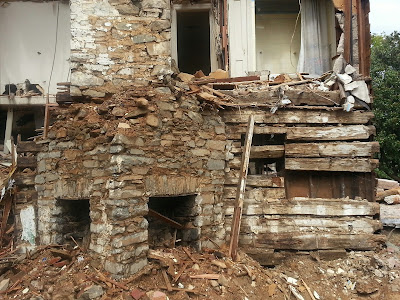 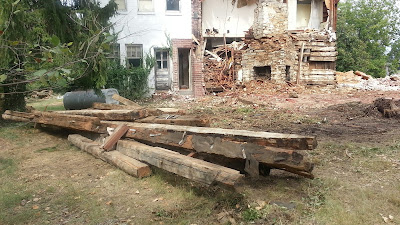 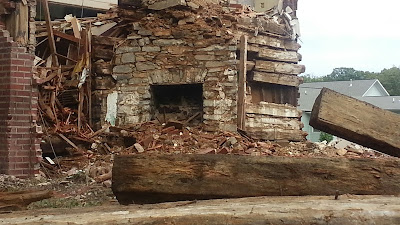 The Minor House - Supplemental Photographs as the clock keeps ticking...

More modern images from our friend Stephen Masters. As the bulldozer draws nearer, here are some then and now glimpses. Many thanks to Stephen for his work on trying to save this landmark.
Please read my prior posts on the history of this structure. For those of you coming in new, the original Minor House was a log structure with wood siding. By the early 20th century there was a brick facade added as well as a second floor. There were later expansions and additions. Currently, the oldest section remains, but it is coming down soon to make way for new homes as has been done in the surrounding neighborhood.
Besides its Civil War history, as recorded in photographs taken in January 1862, the house was also the site of refuge for Dolley Madison during the British burning of government buildings in Washington, D.C., including the Capital and White House, in 1814. 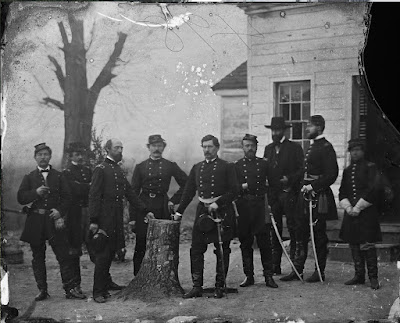 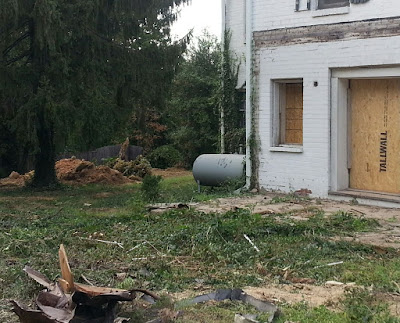 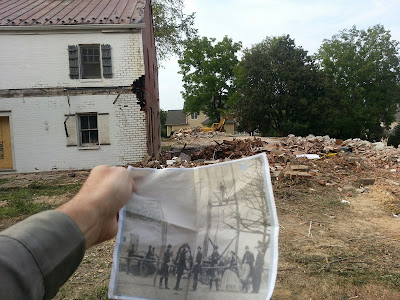 Where the Union observation and signal tower stood. 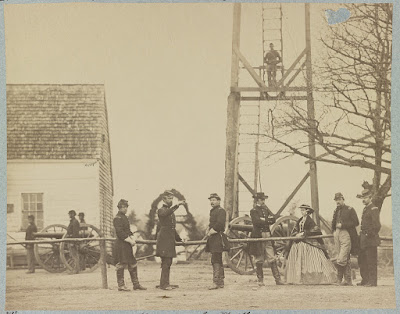 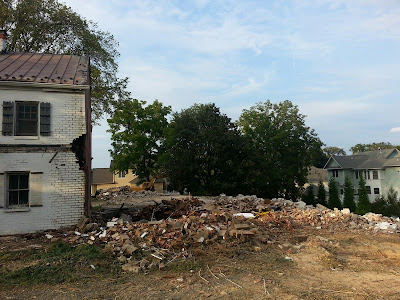 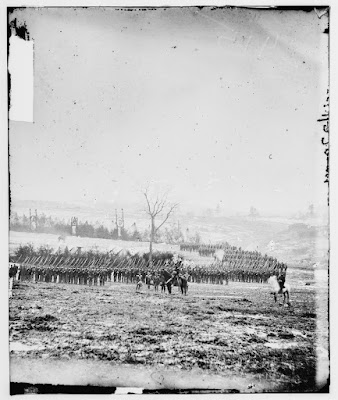 Review of the 17th New York Infantry at Minors Hill.
Their encampment is seen behind. 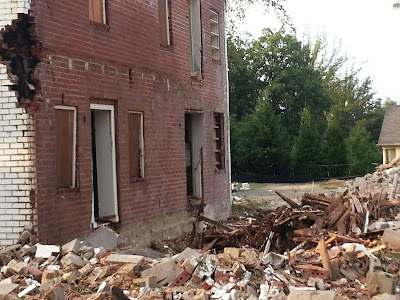 Our friend Stephen Masters brings us very sad news today. The Minor House is coming down. When an asking price of two million, and a 24 hour deadline produced no results, the bulldozers began to remove the early twentieth century expansion of the house. As seen in the following photos, the door and window openings of the original section are quite apparent, despite the overlay of brick on the log structure, and the addition of a second floor.
See our prior posts in July and August regarding the history and location of the structure.

The first image is the most telling, and brings us to the only "then and now" that we will ever see, as the entire structure will soon be leveled. 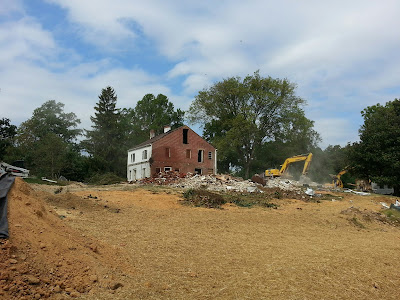 September 15, 2016.
Photo by Stephen Masters
The tower stood among the debris pile. 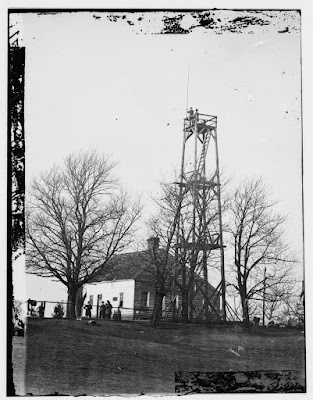 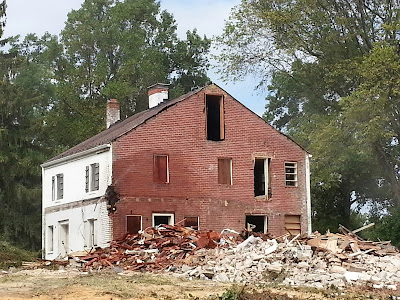 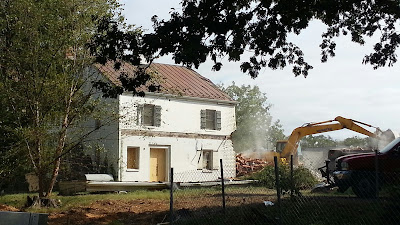 September 15, 2016
Photo by Stephen Masters
General McClellan stood in front of this doorway, as seen in the
January 1862 photograph below. The original camera position would
have been located in the area behind the red truck, seen at right. 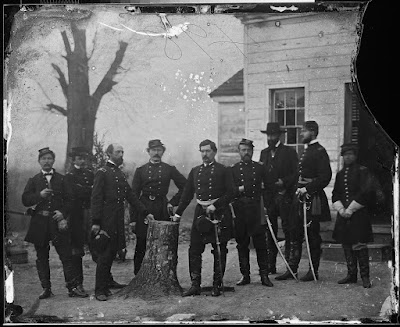 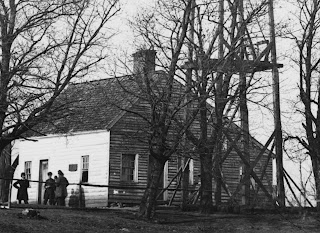 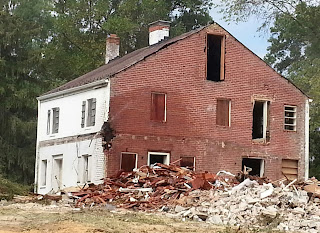 As close as we will ever see.