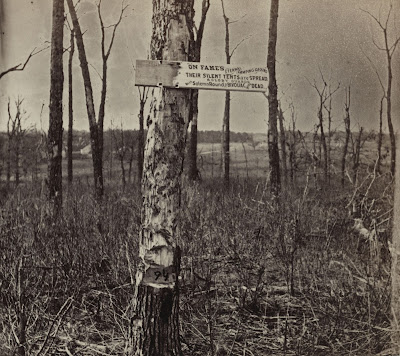 Spotsylvania, VA - The National Park Service has announced a special 150th tour—a tour not pegged to a battle, but rather to an effort to photograph Spotsylvania Court House Battlefield just a year after the end of the war. Join photo-historian John Cummings and Chief Historian John Hennessy as they visit the sites of several famous images taken on April 13, 1866, precisely 150 years after those images were taken.

The Story: During the second week April of 1866, United States Army Surgeon Reed Brockway Bontecou traveled to the former battlefields around Fredericksburg. Bontecou collected medical specimens (some still survive), but most importantly brought along a photographic team from the Surgeon General’s Office in Washington, D.C. Moving over the area battlefields, the group created a series of 121 stereo images on glass negatives showing a landscape ravaged by war. The views include famous images taken on the morning of April 13, 1866, at the Bloody Angle, the McCoull farm, and of Laurel Hill at Spotsylvania.

The Tour: On Wednesday morning, April 13, we will follow the footsteps of Bontecou and his photographer as the sun moves across the sky and the shadows shift with the passage of time. Learn about these powerful images that today give us the most vivid look at Spotsylvania’s wartime appearance. Mr. Cummings has done years of research and field work on these images.

Meet at the Bloody Angle Stop parking lot, Tour Stop 3 on the Spotsylvania Court House Battlefield. The program will start promptly at 9:30. The tour will include just under 2.5 miles of walking across mostly gentle terrain, along established trails. Bring water and snacks. The tour will conclude about noon. 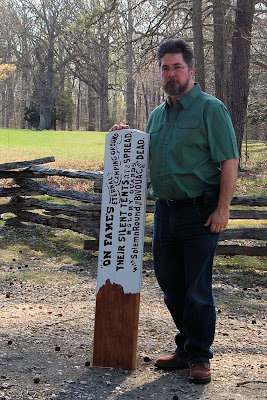