One of the last remaining pre-Civil War structures along lower Sophia Street in downtown Fredericksburg, Virginia, has succumb to years of neglect with an as of yet unspecified plan for the property. Initial efforts to preserve the 1843 structure were foiled the day before when removal of a later addition on the north face of 401 Sophia Street revealed severe termite damage, making any thought of restoration unfeasible.

The building can be seen in several war era photographs of Fredericksburg taken from the Stafford County side of the Rappahannock River.

Update! It has now come out that University of Mary Washington students and faculty, of the Historic Preservation Department, were scheduled to document the structure on Saturday, August 29, but the "owners opted not to wait even that long."

Below are details from period photographs along with photos and a link for a video taken the morning of the demolition. 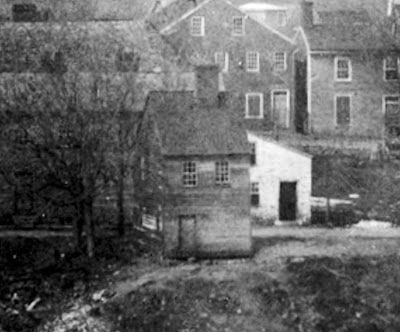 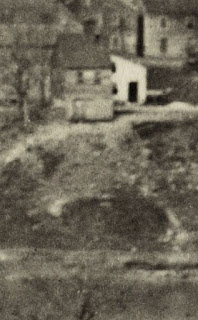 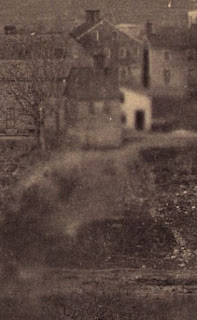 Images circa 1863-1864, F&SNMP, and Library of Congress
Prints and Photographs Division. Looking west, from the river. 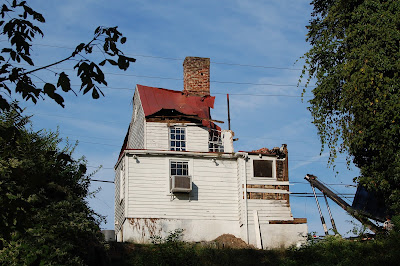 Above, one of the last photographs taken of the river face of the building, looking west, at 8:37 AM,
August 27, 2015. Remains of additions to the north face of the building are visible to the right,
and foreground. The photos below were taken between 8:14 and 9:15 AM, 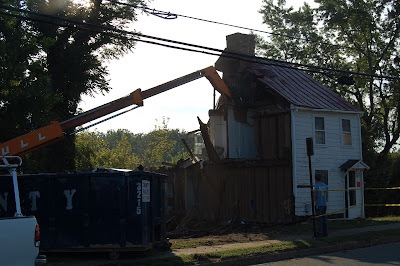 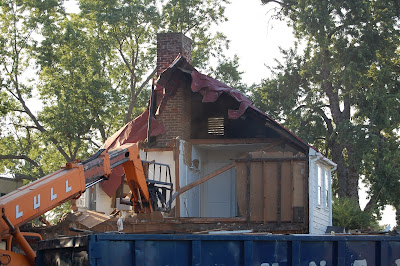 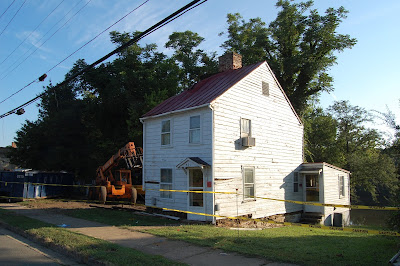 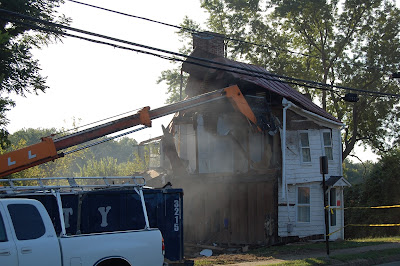 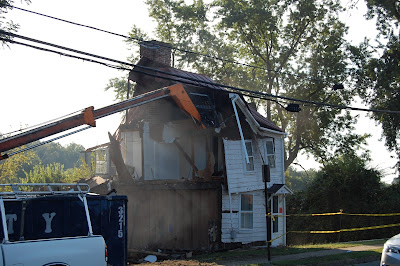 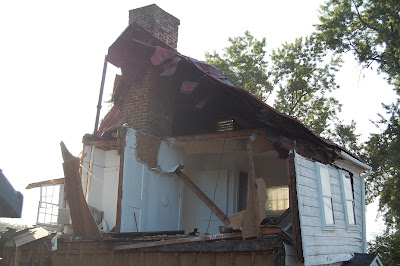 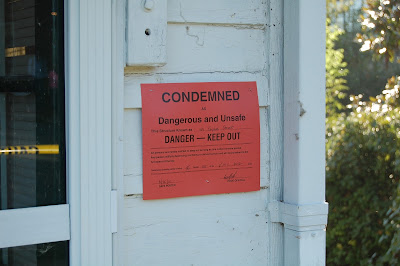 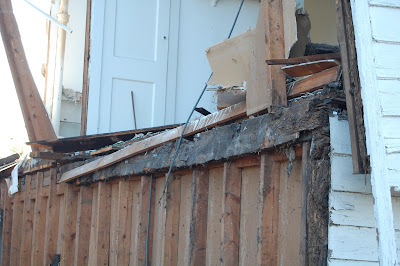 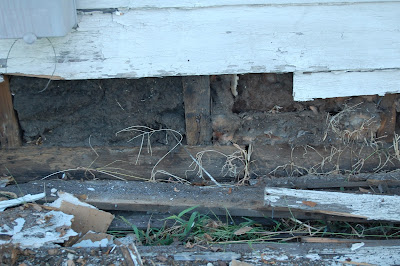 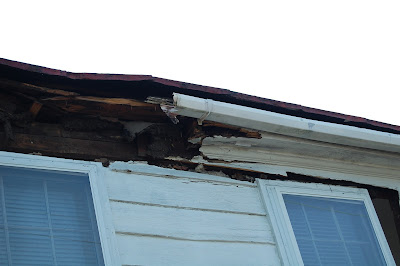 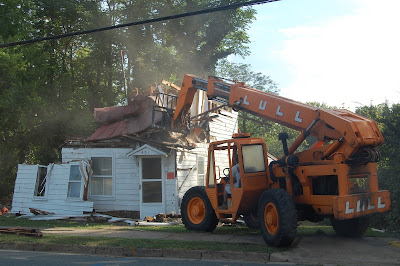 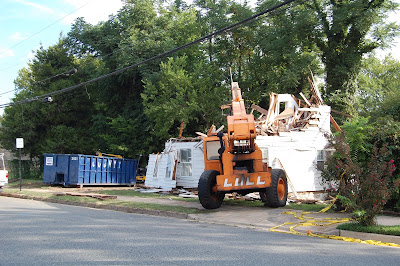 Looking northeast from Sophia Street.
Click here to view an 8 minute video
made during the demolition. 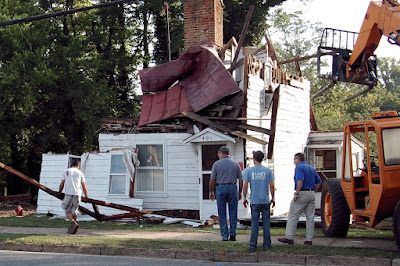 Above, Steve Smallwood, Deputy Director of Building Services Division for the City of Fredericksburg, and Erik Nelson, Senior Planner of the Fredericksburg City Planning Department, along with members of the demolition crew from Abby Construction, examine architectural elements from the debris. Below, an original roof truss and details of its construction. 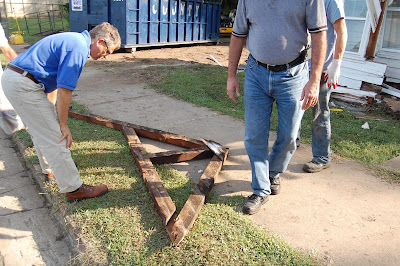 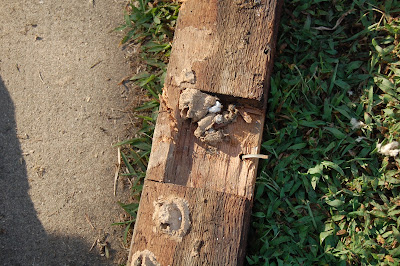 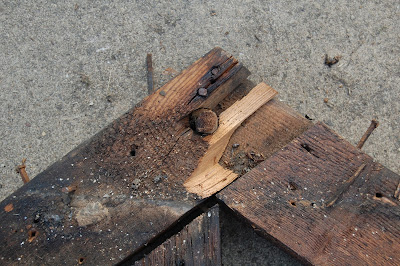 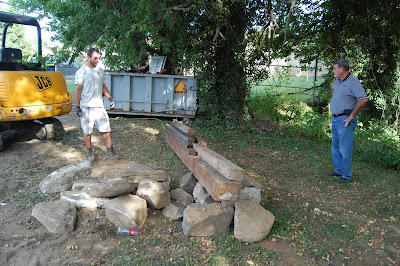 Salvaged foundation stones and an oak beam from 401 Sophia Street.