The Morning After - May 20, 1864 - Timothy O'Sullivan's Confederate Dead on the Widow Alsop Farm

It's now one hundred and fifty years since the grim harvest of the fighting at Harris Farm was documented by photographer Timothy O'Sullivan. Three years ago I posted a piece about O'Sullivan's images, and that post can be visited by clicking this link. It continues to be one of this blog's most visited posts. Most of my popular posts seem to deal with death and graves. I suppose it is the sad nature of what I discuss here, something that is difficult to minimalize, the fact that war is ultimately about death, destruction, and decay, but it is sobering on some level to realize this is what an audience seeks.

It now being the actual sesquicentennial of that morning, I had considered a simple reprise of the March 24, 2011 piece, but having experienced the past few weeks of observances around the Spotsylvania region, with battle re-enactments, real-time walking tours, and contemplative memorial gatherings, I feel it is appropriate to add something more, something that sets the final tone of the moment. I will borrow from myself, a brief description of what remained on the Widow Alsop's property. This first appeared as a comment to a post by NPS Chief Historian John Hennessy on the park's excellent blog, Mysteries and Conundrums. It discusses the Alsop farm images and what they reveal. That piece can be visited by clicking this link. Another reader had commented that the Confederate dead in O'Sullivan's images did not appear to be as effected by decomposition as one might imagine, considering they had been killed the day before. The following is what I offered:

"With the photographs being taken late morning to early afternoon, we can estimate that some of the bodies have been dead around 17-19 hours. Rigor Mortis is clearly visible in most as evidenced by arms, legs, and hands. The ambient temperatures between the time of death and the taking of these images probably ranged from the mid to upper 50s or lower 60s to the upper 70s or lower 80s. The rate of decomposition looks to be within reason. The one detail that the camera would not have captured though would be an abundance of blow flies. It is interesting that the ground looks relatively dry despite the heavy rain that is reported to have fallen after the fighting was underway. The body supported by the fence corner does appear to have evidence of lingering moisture in the clothing, particularly around the midsection where it would have essentially drained to and collected as time went on. Interesting, under magnification it is clear this man was also attempting to stem the flow of blood from his chest or upper abdominal wound. A blood soaked cloth protrudes from his open shirt and vest, so we know he did not die instantly. It is also clear that his pockets have been ransacked after death as they are all turned out. This is most probably the position he assumed as he expired, with his head fallen backward and his exhausted arms fallen to his sides. One will note that as he was placed on the stretcher, to be carried over to the Alsop house to be buried, his arms still maintain, due to the rigor, the bend they assumed as he lay propped up, although he is now laying flat. The face of the one man you are specifically wondering about shows a typical relaxed drooping of the tissue, and fixed stare, but I will suggest that he and the man immediately next to him may have been two of the last to die that evening, for, and I hate to say it, they do look the “freshest”."

Below, are three details of the one body that I have primarily referred to above. 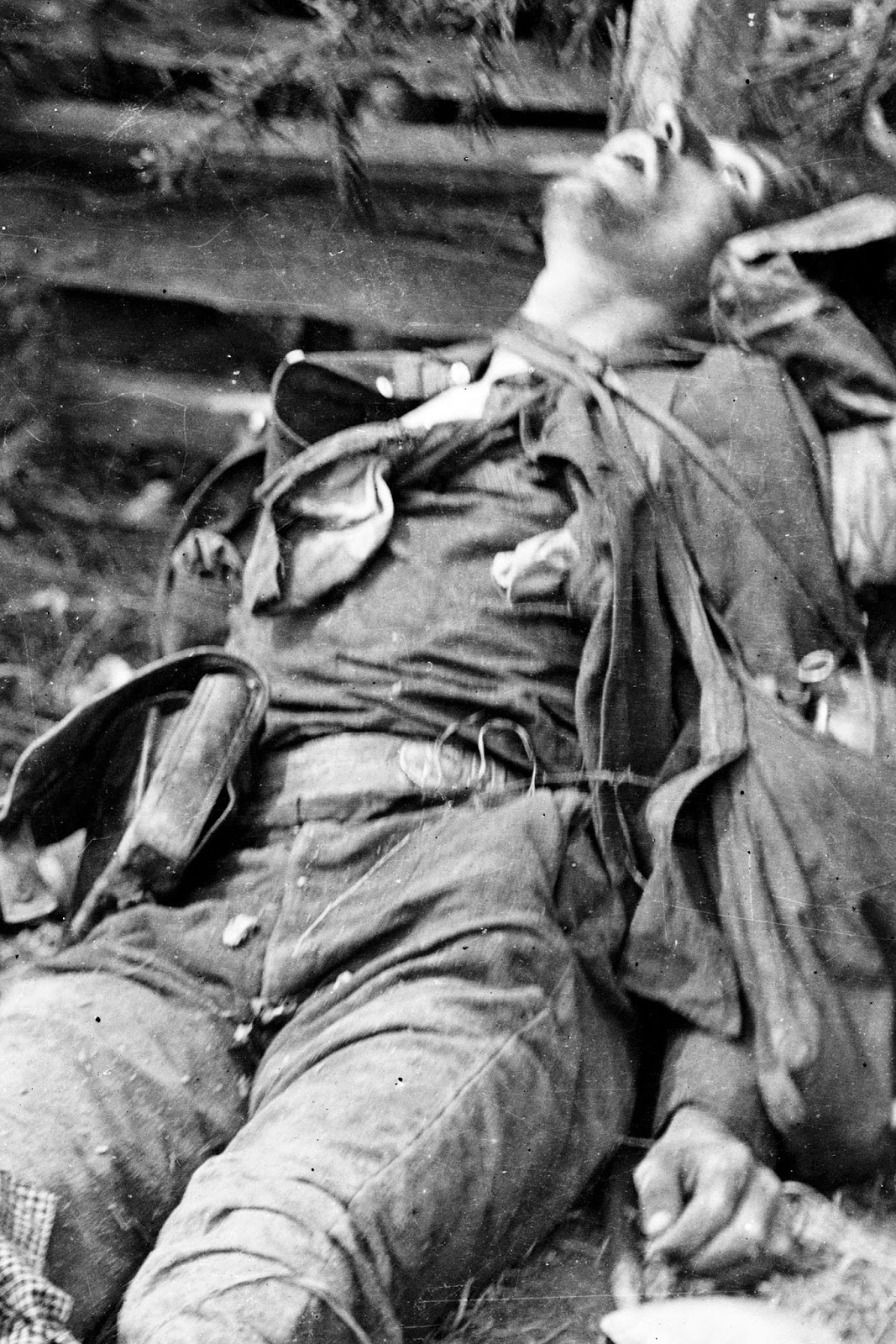 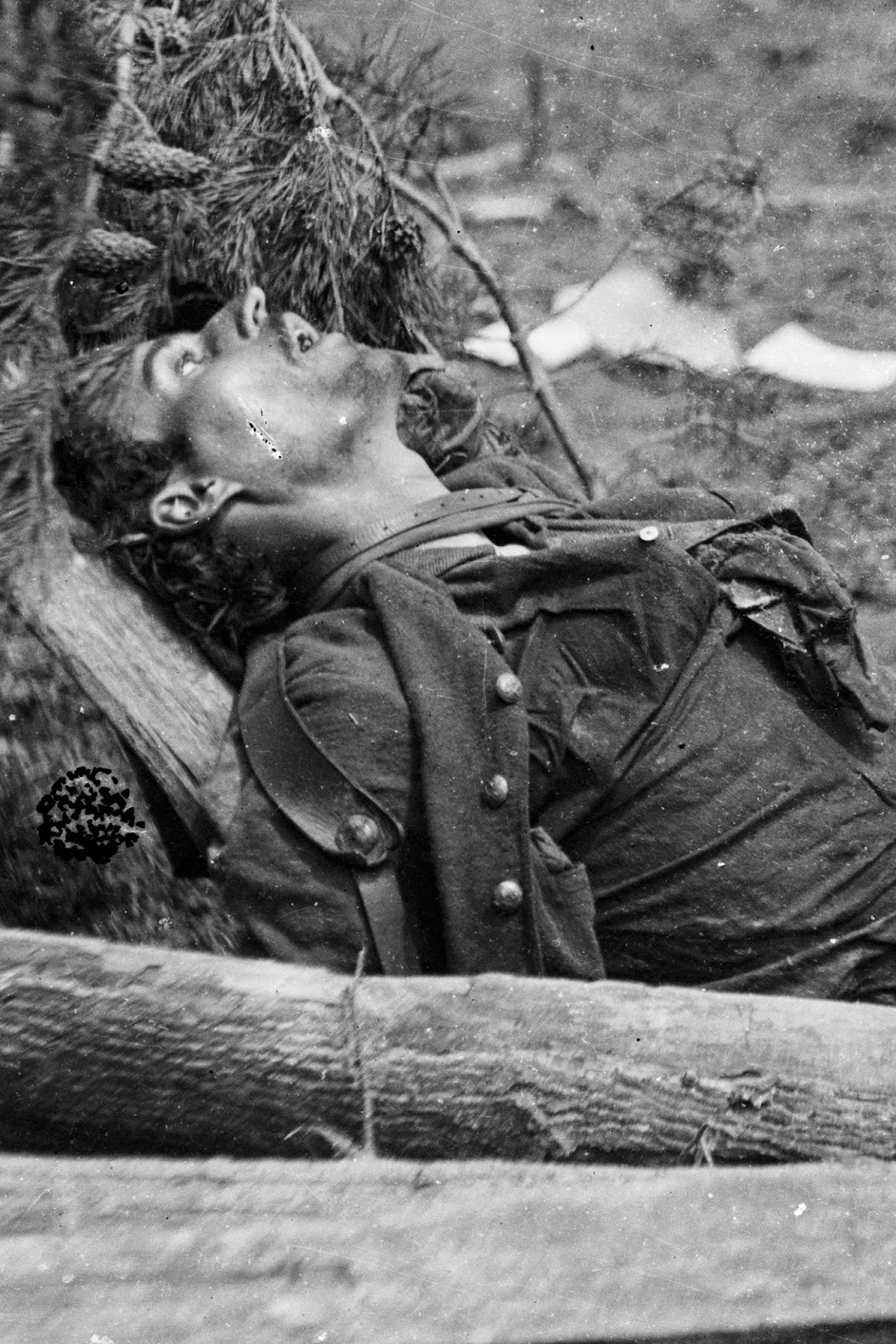 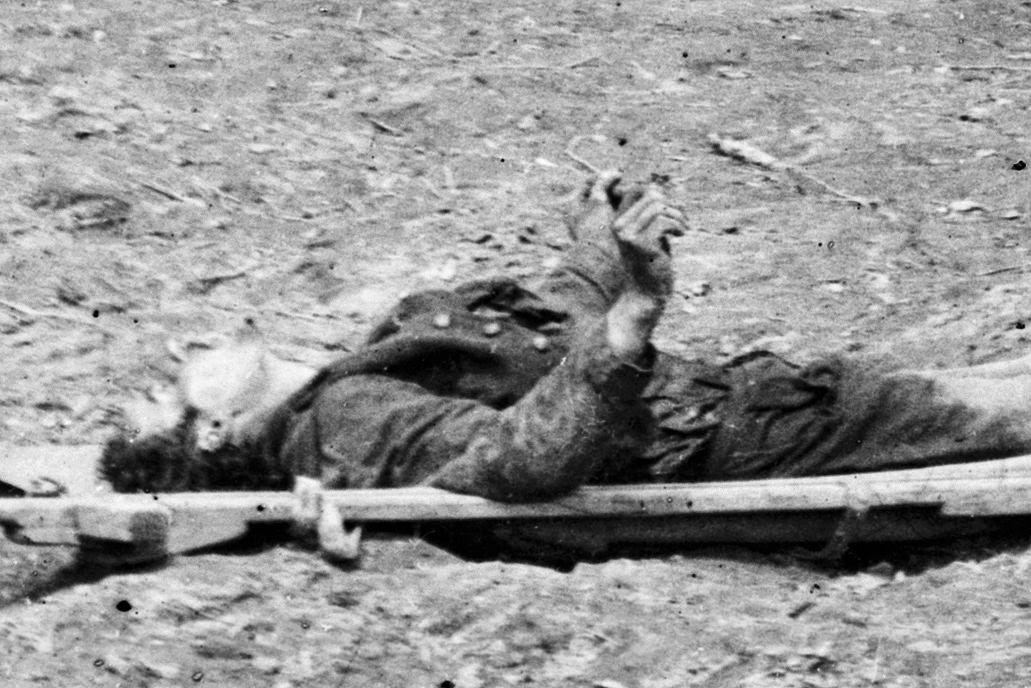 Below, the other two bodies referred to at the end of my reply. 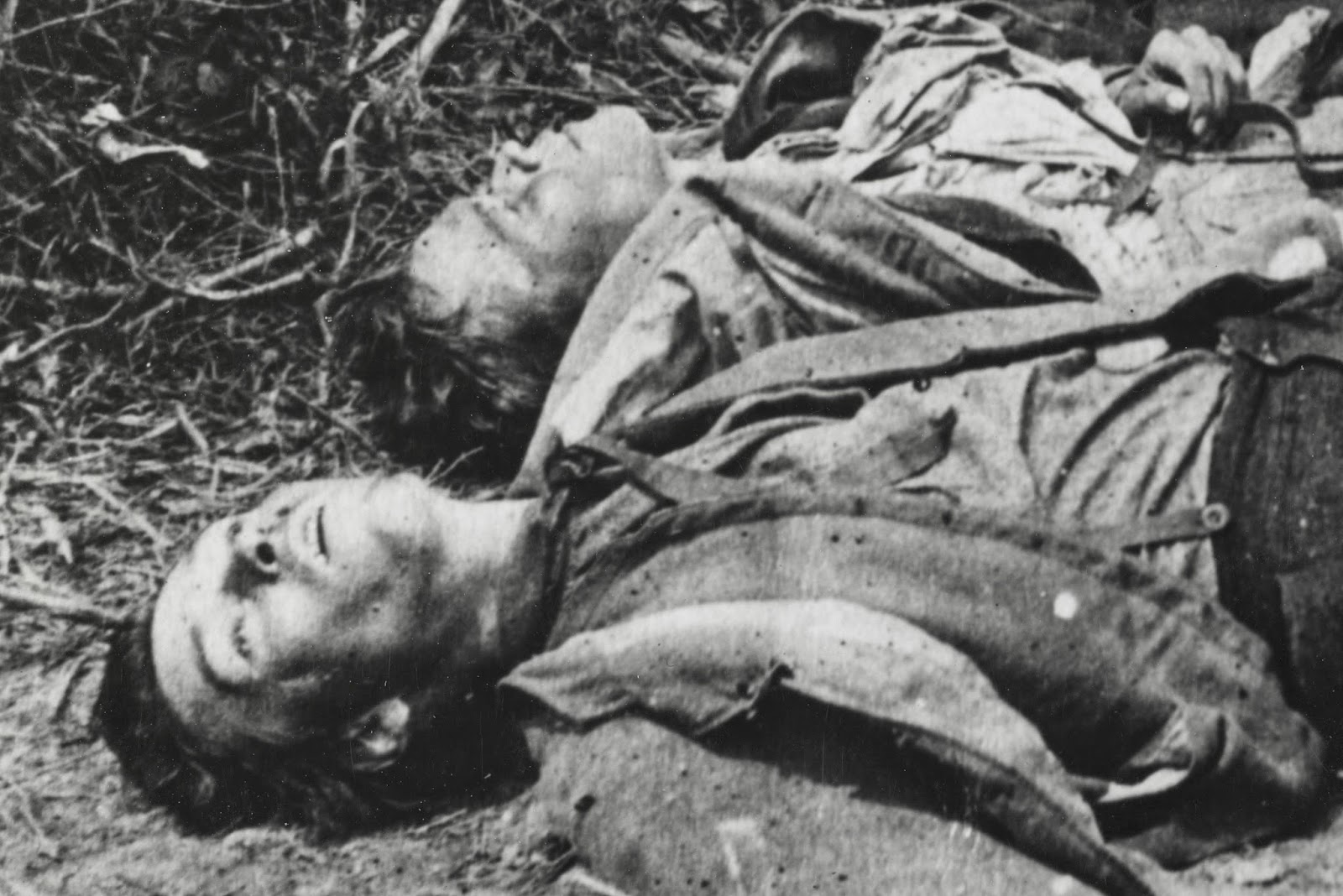 As I prepare to publish this post, it is now a century and a half since burial crews made their way across the farms of Harris, Alsop, and Peyton, A grim task they undertook. The bivouac of the dead...

John, thanks for posting this. Such powerful photos. I view them even more intensely now, thanks to your analysis.

Good job of documenting the pain and suffering of Spotsylvania Battlefield.....thanks you