Tuesday, May 20 , 2014, will mark the 150th anniversary of the day photographer James Gardner took the image inspiring the "then and now" mashup below. Gardner's original caption for this view indicated the banner draped building, now extensively modified, served, along with its then adjoining twin, as the "Store-rooms of the U.S. Sanitary Commission." Fredericksburg residents will recognize the location today as the busy 300 block of William Street, home to numerous restaurants, offices, and specialty shops. In May 1864, much of the town served as hospital space to the Union Army which was hotly contesting Confederate forces to the west of town, in the Spotsylvania County countryside. The Sanitary Commission maintained their facilities in town as a relief agency for the sick and wounded. Click any of the images for larger inspection. The original Gardner image is in the collection of the Library of Congress. 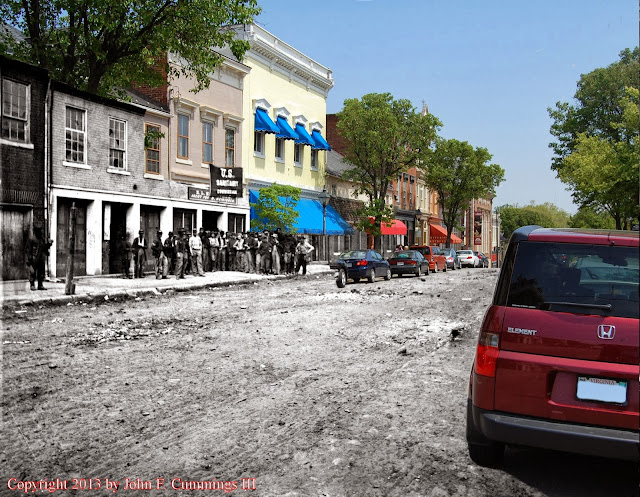 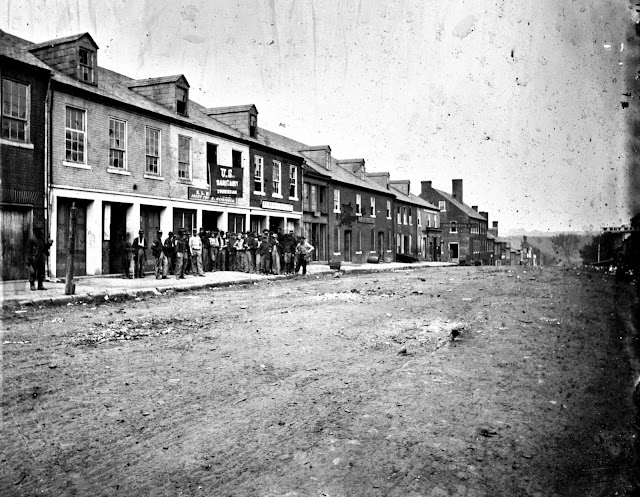 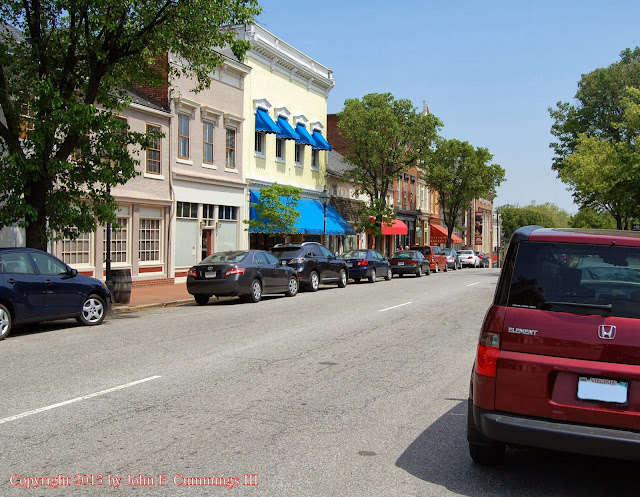 Earlier in the year, I posted additional mashup images related to the Sanitary Commission operations at the intersection of William and Charles Streets.
That post can be found by clicking this link.

Wishing all my readers a happy and prosperous New Year.

Posted by John Cummings at 9:44 AM No comments:

Wishing all the joys of the season to my readers.
Merry Christmas, one and all. 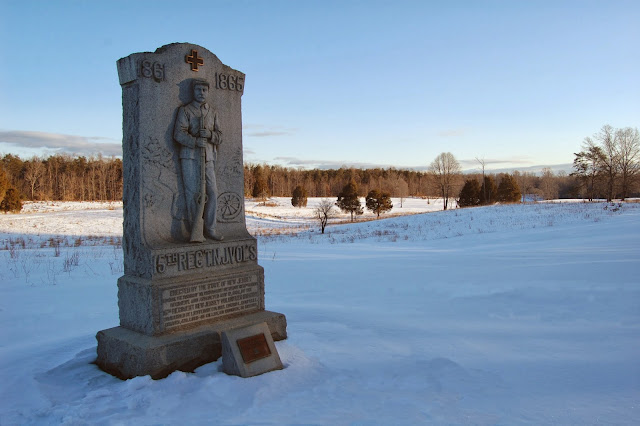 Photo copyright 2009 by John F. Cummings III
Posted by John Cummings at 6:32 AM No comments:

On the one hundred and fifty-first anniversary of the Battle of Fredericksburg, the Central Virginia Battlefields Trust dedicated a replica Napoleon 12-pounder at the site of Confederate Major John Pelham's fabled stand against the Federal advance during the early, fog-enshrouded morning of December 13, 1862. Pelham's guns boldly delayed that advance for several hours, buying critical time for the bolstering of the southern defensive position along Prospect Hill.  Click any image for larger viewing. A previous post regarding Pelham's position can be found here. 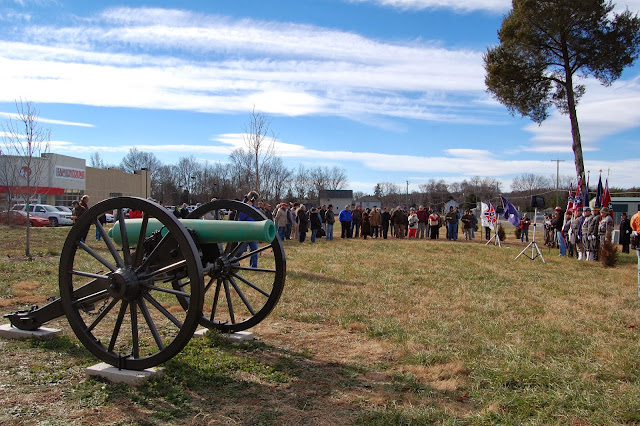 The ceremony commenced shortly after 11:00 AM along the preserved acre in front of Family Dollar. 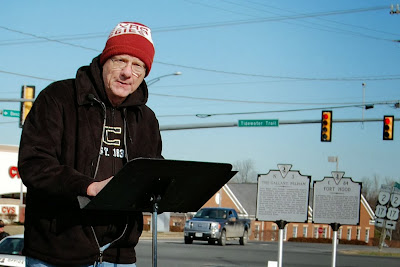 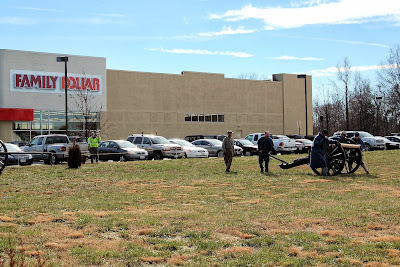 The gun crew from the Fredericksburg and Spotsylvania National Military Park wheels their piece into position for a commemorative round. 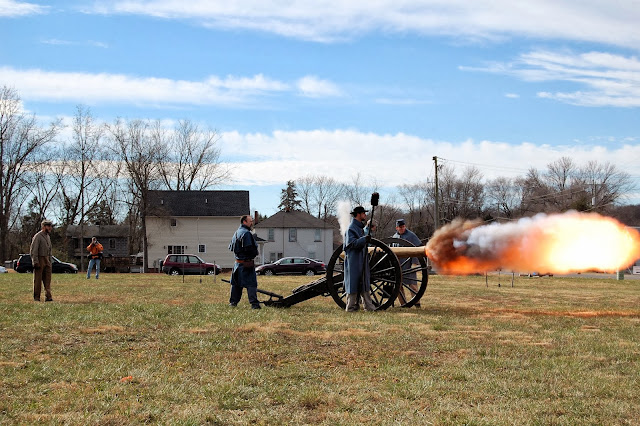 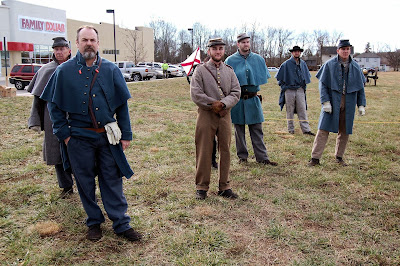 The proud gun crew from F&SNMP listen to the presentation after their opening salute. 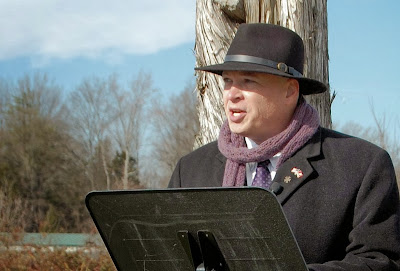 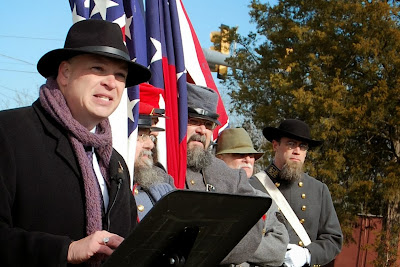 O'Reilly is the author of one of the best volumes on the Fredericksburg Campaign. 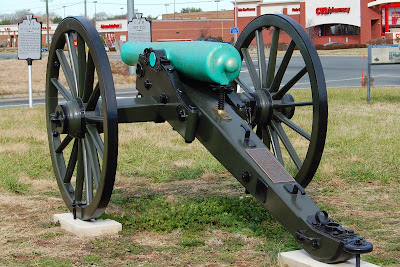 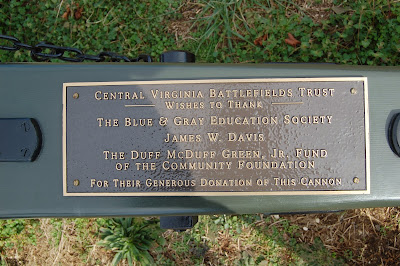 Posted by John Cummings at 8:23 AM No comments:

I'm not saying I "discovered" this image, since it is in the collection of the Library of Congress, but I only happened upon it while browsing the Prints and Photographs Online Catalog the other day. Perhaps it has gone unnoticed till now. I have no idea, but I have not seen other published references. There is nothing in the catalog listing that specifically says "Gettysburg" that I can see, but it is quite clearly the structure that occupied the intersection of Baltimore Street and Emmitsburg Road, and was called the Wagon Hotel in 1863. It is well known to have been occupied by Union sharpshooters during the battle, and was promoted as such by the sign on the corner post at the stairs. The second floor windows are later additions to the southeast wall of the building as well as the extended porch which may have served as a loading dock, serviced by the side door which was a window in 1863. A northward view of this building, taken in 1865, is available for comparison on pages 96, 97 of William Frassanito's Gettysburg - A Journey In Time, published in 1975. Renamed the Battlefield Hotel to capitalize on its historic value with tourists, the original structure was unfortunately destroyed by fire in 1895. Click on this and any of the other images for larger viewing. 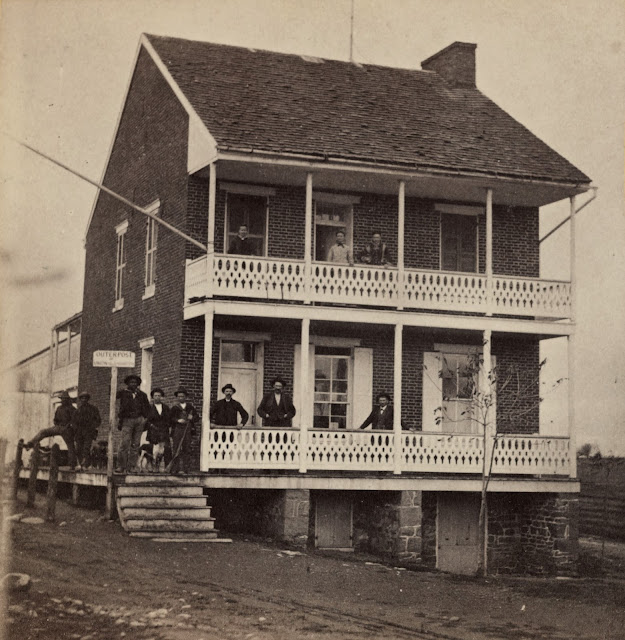 The left half of the stereoview, seen in its entirety below. 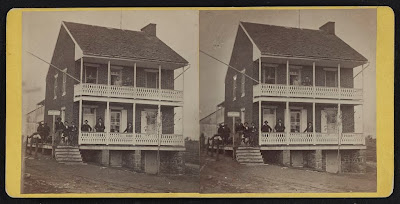 No photographer's identification is apparent either on the front,
or the back of the card, seen below. 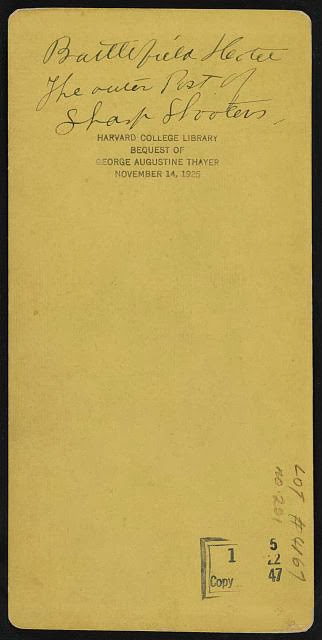 Below is a view taken some years later (note the growth on the trees in front), from the GNMP's files according to Michael Waricher who posted it on his facebook page, Michael Waricher Battlefield Perspectives. 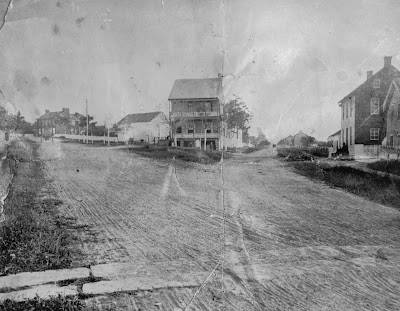 Below is a view of the same intersection as it appeared around 1948, also posted by Waricher, and assumed to come from the same Park files. This building was destroyed in 1949 and today the site of a convenience store and gas station, the Gateway Minimart, at 517 Baltimore Street. Emmitsburg Road, branching off to the right in these southward views, is known as Steinwehr Avenue today. 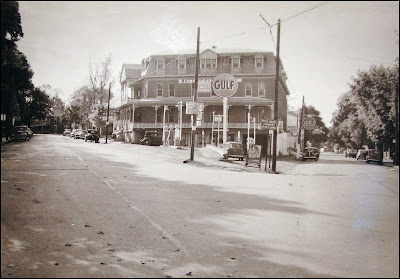 Below, a variation of the previously mentioned photo examined by William Frassanito, and borrowed here for educational purposes, from an uncredited source posted in the website: Gettysburg Daily, in 2008. It is assumed to be from the same 1865 exposures attributed to Gardner, and is further discussed by Frassanito in his book, Early Photography at Gettysburg, published in 1995. The wartime structure is the dark brick building, seen on the left side of the image. The view is looking northward from Baltimore Street. Note as discussed previously, the absence of the second floor windows, and the first floor window that apparently was converted into a door for the later built side porch/loading dock. 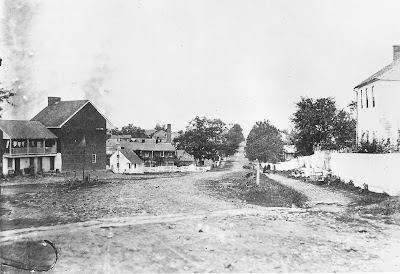