Grant's Army, Crossing the Rapidan - Then and Now

Yesterday was the first day of spring for 2014, and very soon we will be within the 150th anniversary of the Spring Campaign of 1864, what would become the Overland Campaign in Virginia. The winter encampments of the two armies were bustling with activity and anticipation of what the fourth year of war would bring. On May 5th they would clash in the Wilderness region of Orange and Spotsylvania Counties. With the Union armies under a new General-in-Chief since March 9, things would change dramatically, in the Eastern Theater especially. Lieutenant General Ulysses S. Grant would bring a tenacity to the table, one that would demonstrate a commitment to end the war in short order. This would be the beginning of the last year of the conflict.
In the predawn hours of May 4, the Federal 5th and 6th Corps began their way across two pontoon bridges at Germanna Ford, on the Rapidan River. Photographer Timothy O'Sullivan, an employee of Alexander Gardner, was perched on the Orange County side to record the movement, standing where a previously destroyed bridge had brought travelers across in a more peaceful time. The stone abutments of that bridge are visible at left of center. In post-war years other bridges would be built and replaced several times. Today's double span of State Route 3 was completed 1987, providing an interesting contrast to the two, temporary canvas pontoon bridges that spanned the space below them, a century and a half before.
O'Sullivan created a triptych of sorts, forming a panoramic view. The video below focuses on the left most image of the three. Looking slightly northwest, Union supply wagons are seen along the horizon, moving toward the bridgehead, in O'Sullivan's image. Library of Congress, Prints and Photographs Online Catalog. 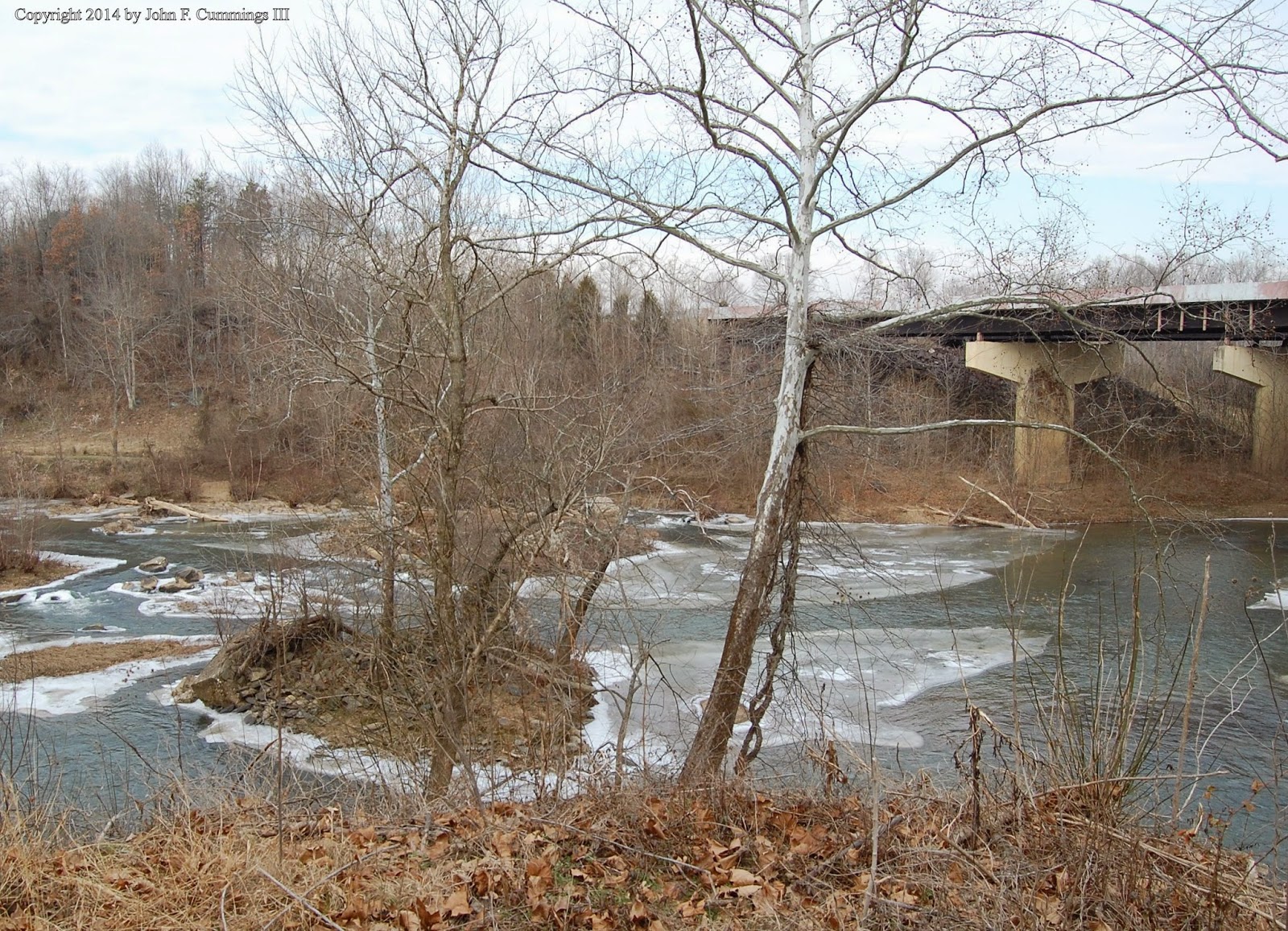 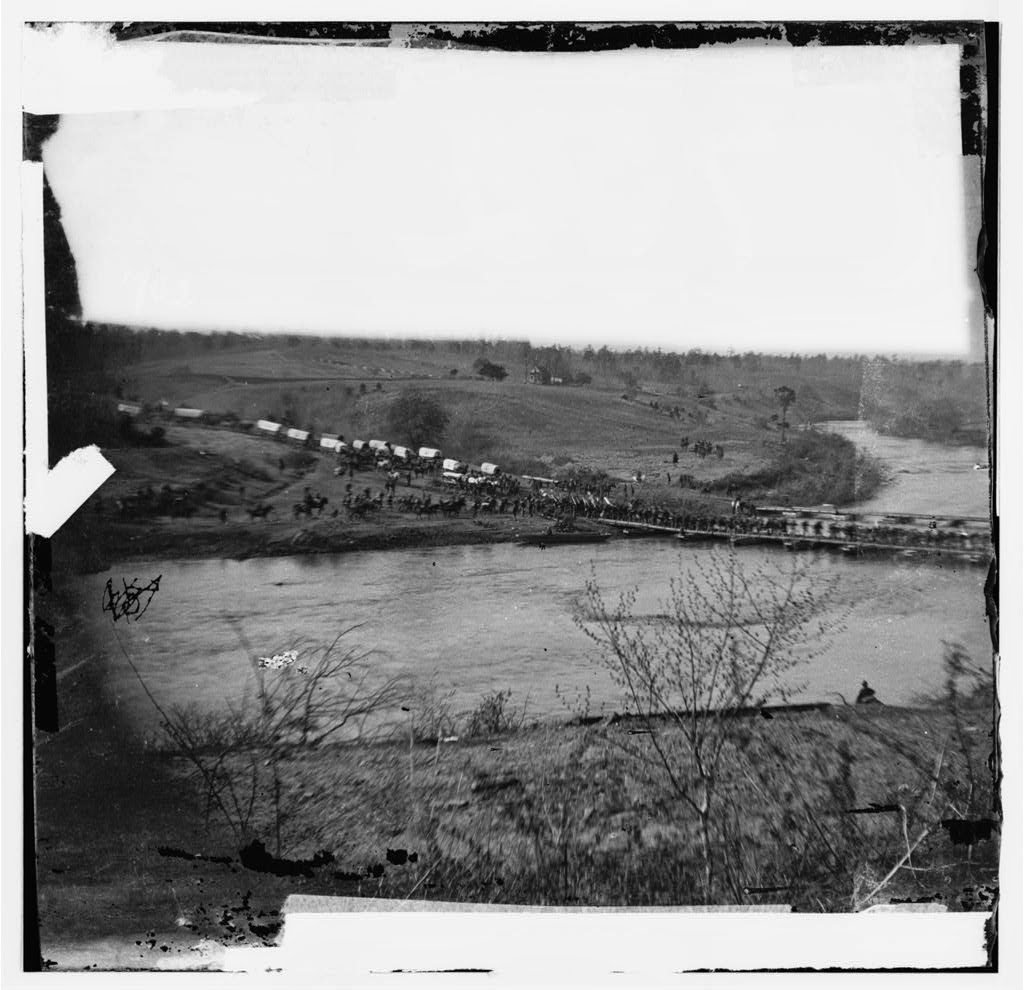 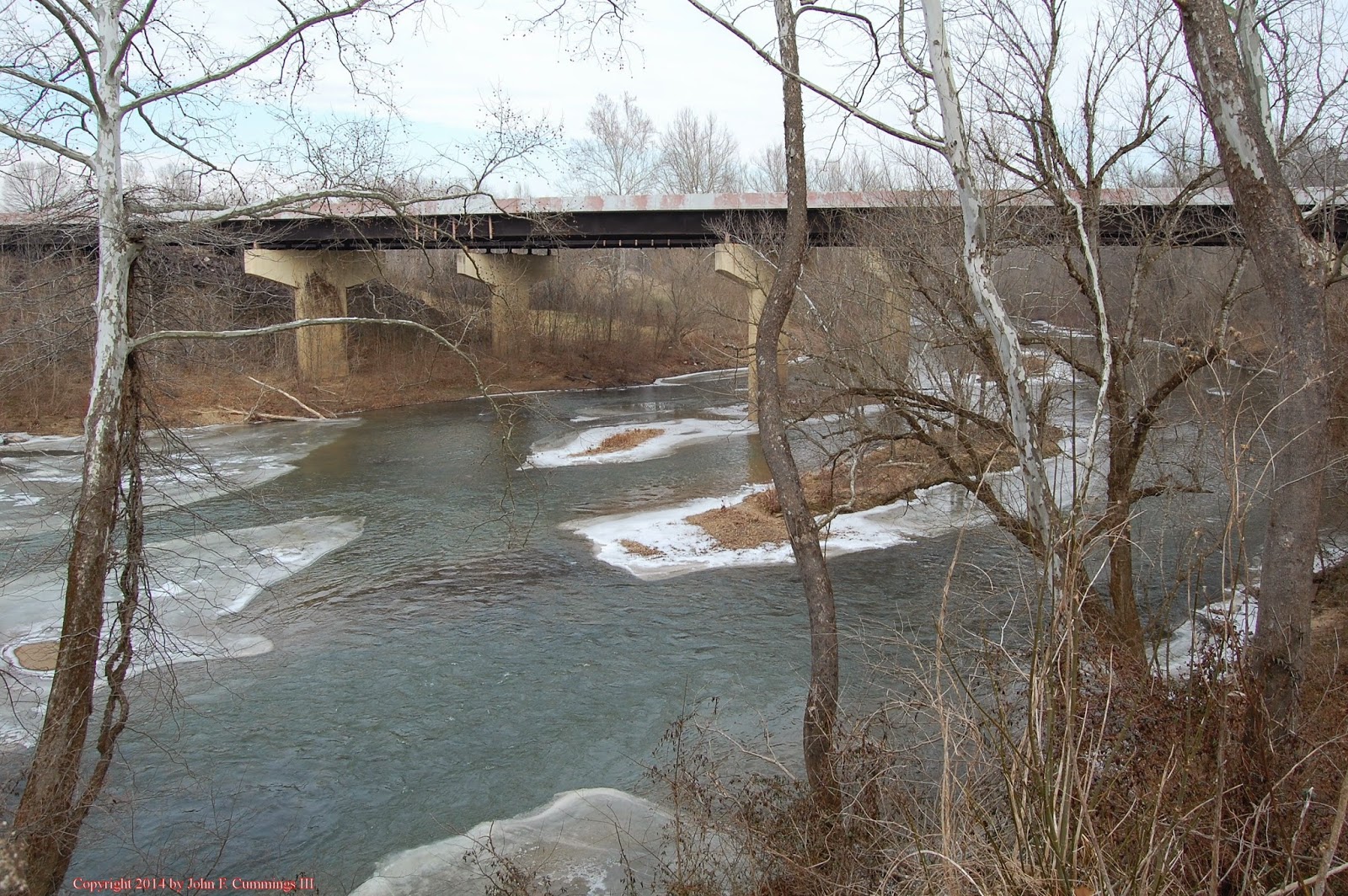 A similar view to O'Sullivan's northeast view, January 18, 2009.
Click any of the images for larger examination.