We are still one year away from the Sesquicentennial observance of the surrender of the Army of Northern Virginia at Appomattox Courthouse. Yesterday, the pre-one fiftieth was recognized across the internet blogosphere. I chose to sit it out until today, in quiet contemplation of the intended peace that was to come to the reunited nation after April 9, 1865. A peace that took a great deal of convincing for many, after a fitful reconstruction era. A peace that some, even to this day, view with a jaundiced eye. It is unsettling that there are those that continue to discuss the late unpleasantness with a coveted "presentism", people from both ends of the political spectrum. It is unjust to think we are capable of applying the mindset of a population five generations after they lived. No matter how we believe their emotions, loves, and hates can remain applicable to our lives, there has to be a separation. Are the sins of the father really laid upon the children? I am aware that for some these words will ring hollow. I just think it is time we see what we face today, as a nation, and unburden ourselves of perceived slights. I say these things as a nonpartisan, someone who has ancestors who fought for the north and the south. Demonization has got to go. 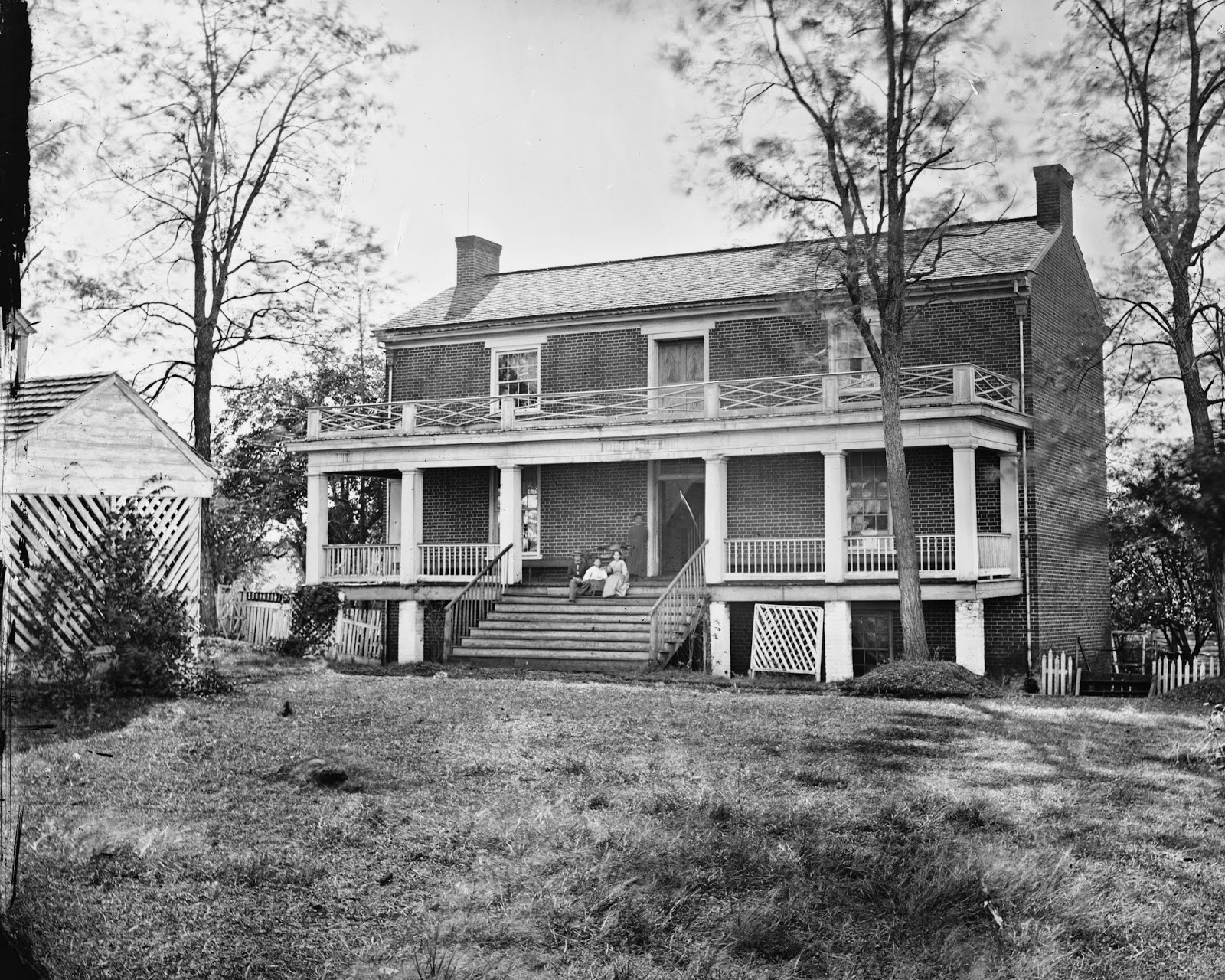 The McLean House, where the signing of the surrender documents took place.
Photograph by Timothy O'Sullivan, April 1865. 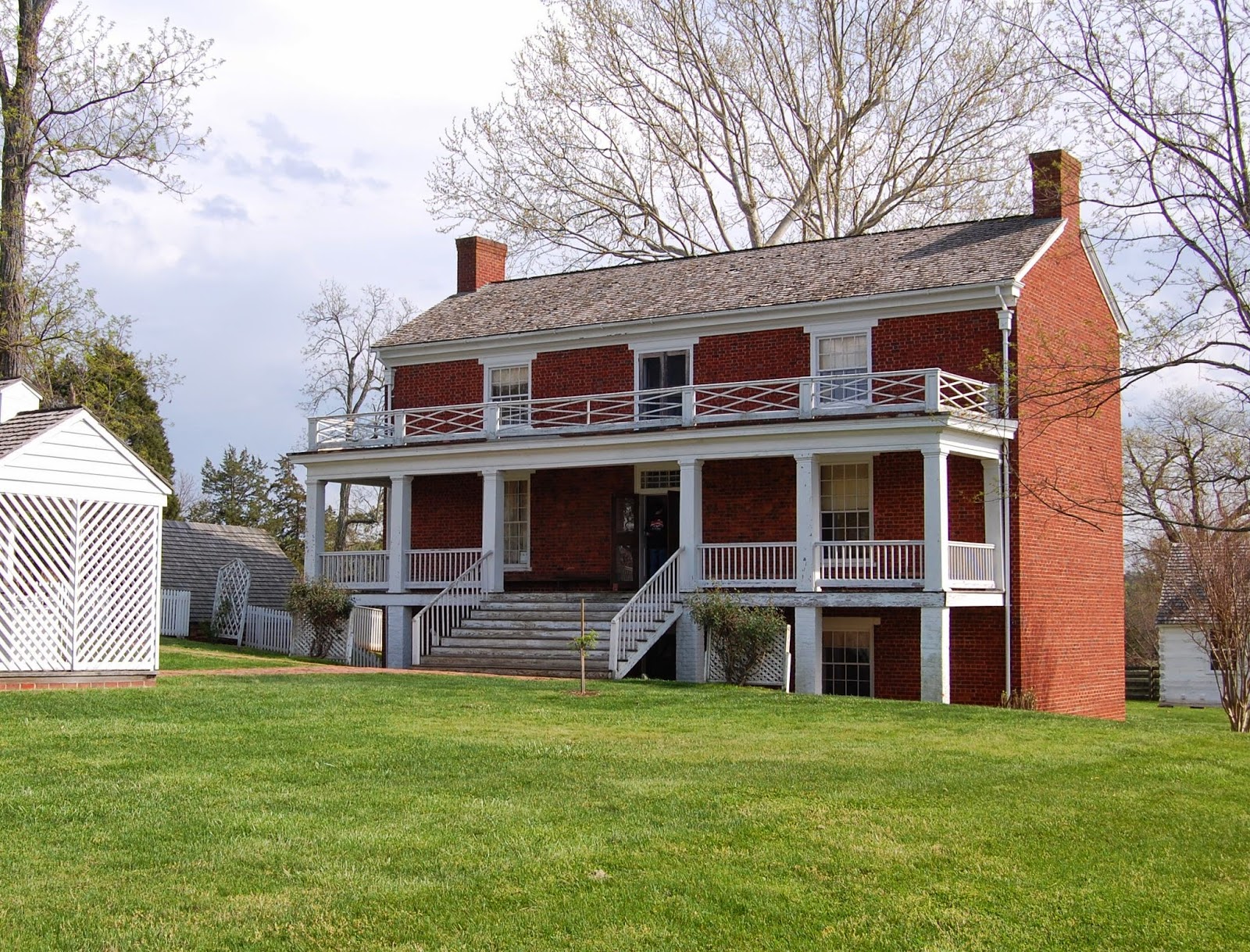 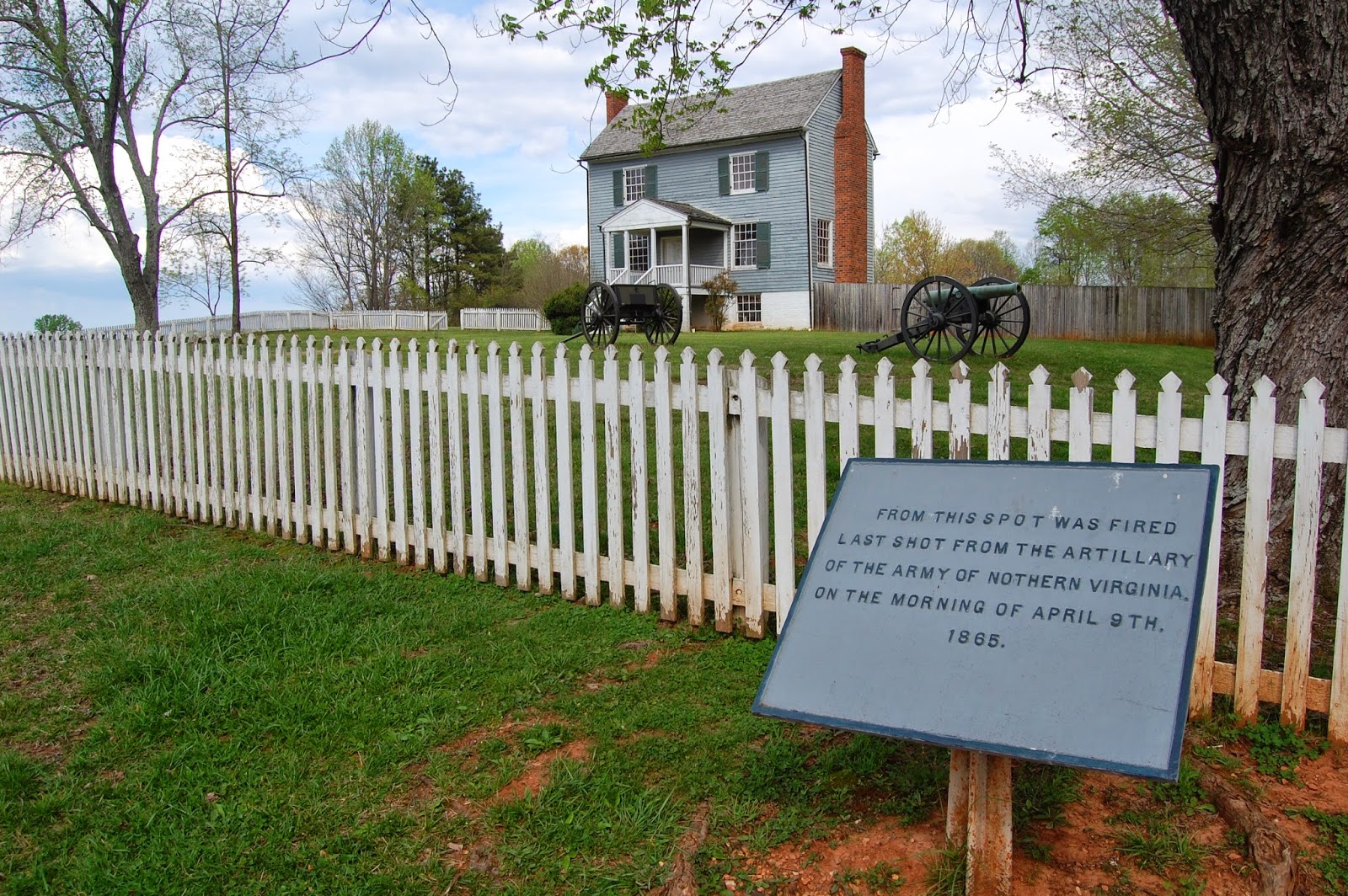 Site of some of the last moments of conflict in the morning hours of April 9, 1865. 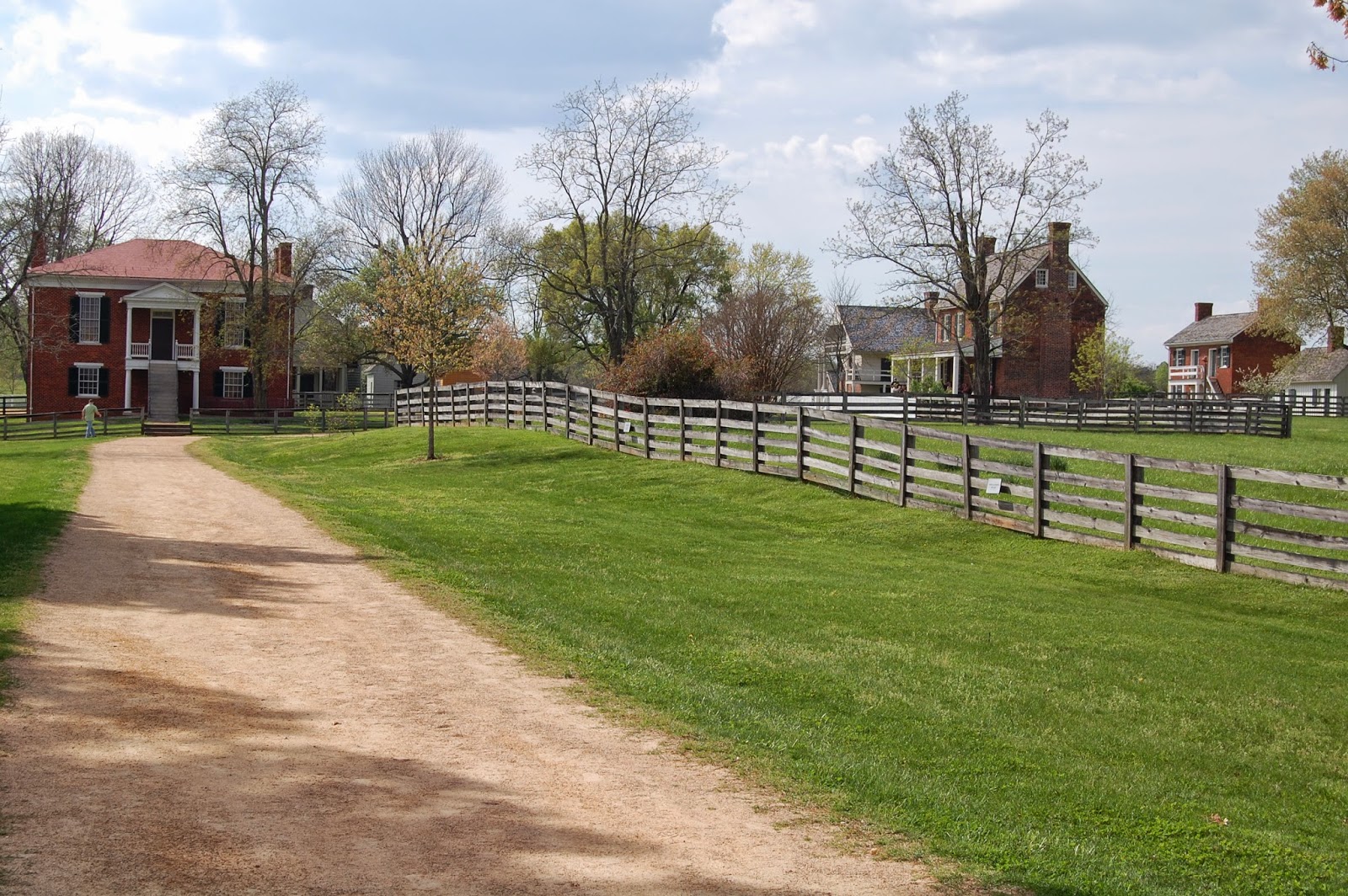 Appomattox Courthouse and village, site of the formal surrender ceremony on April 12, 1865. 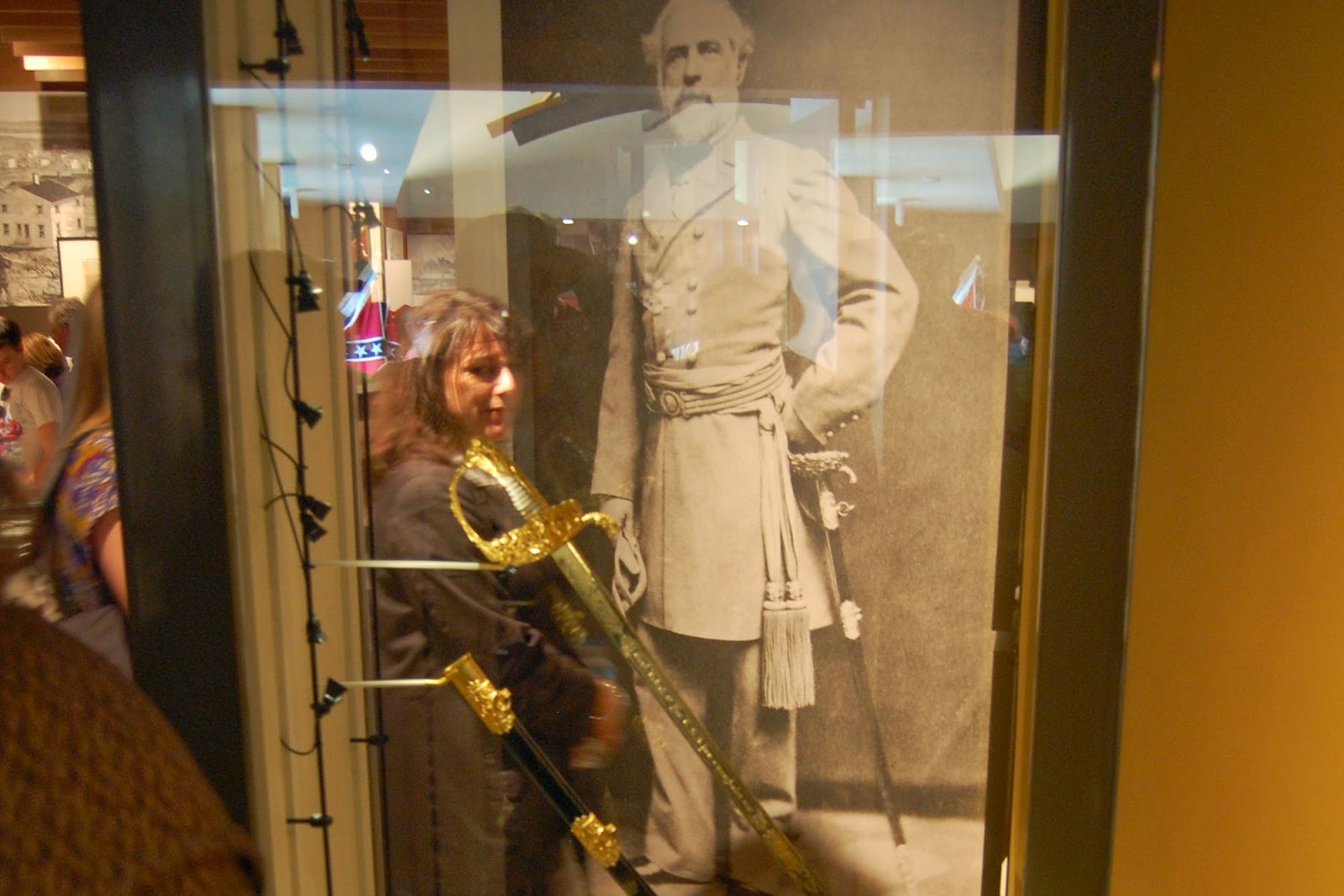 The visage of Robert E. Lee, and the sword he wore to meet with Grant, on display
during opening day tours of the Appomattox branch of the Museum of the Confederacy,
March 31, 2012. The MOC is now "The American Civil War Museum". Details here. 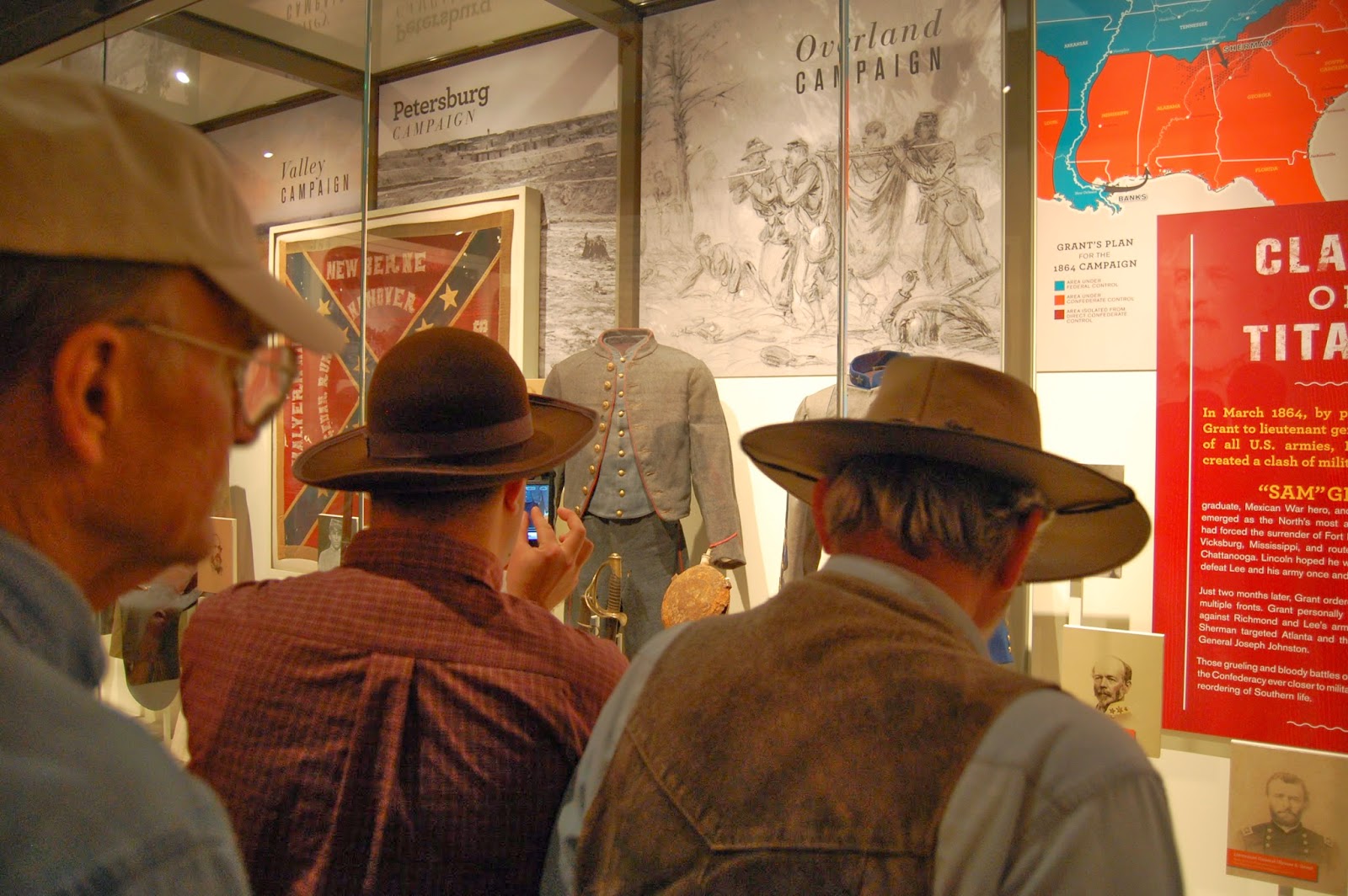 Visitors gather around displays at the Appomattox branch of the former MOC. March 31, 2012. 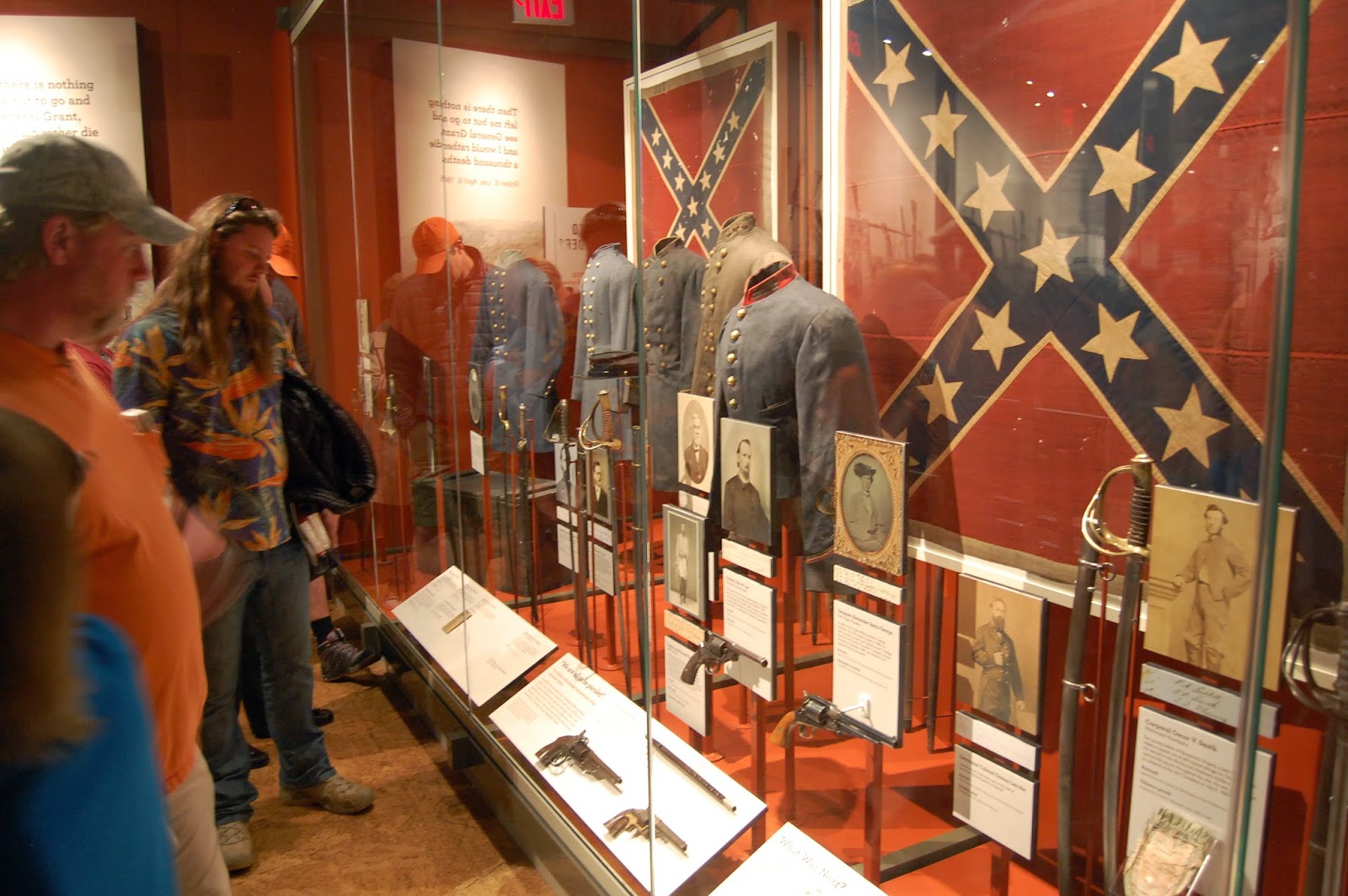 "The Museum of the Confederacy’s mission is to serve as the preeminent world center
for the display, study, interpretation, commemoration, and preservation of the history
and artifacts of the Confederate States of America."https://www.moc.org/ 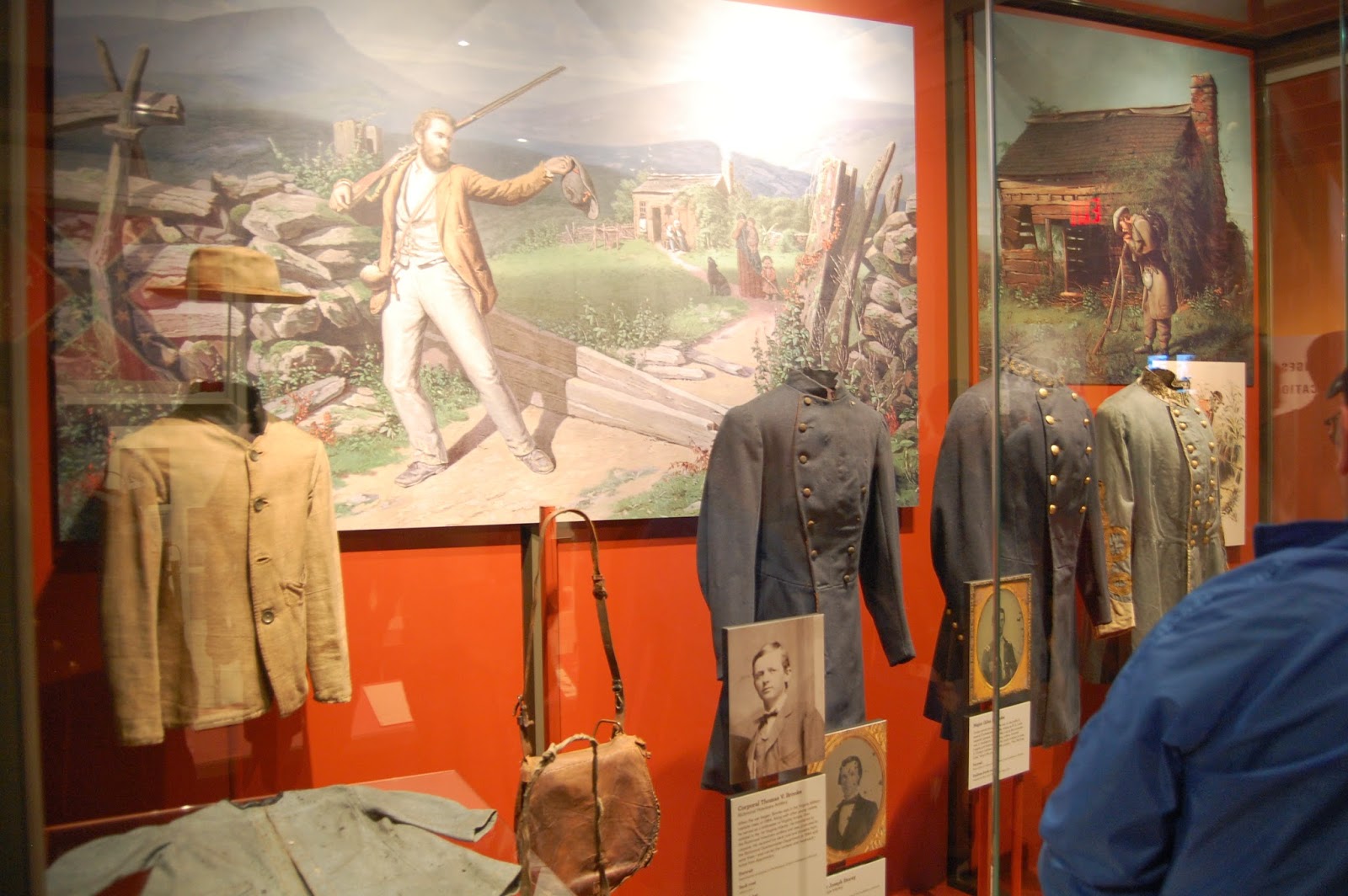 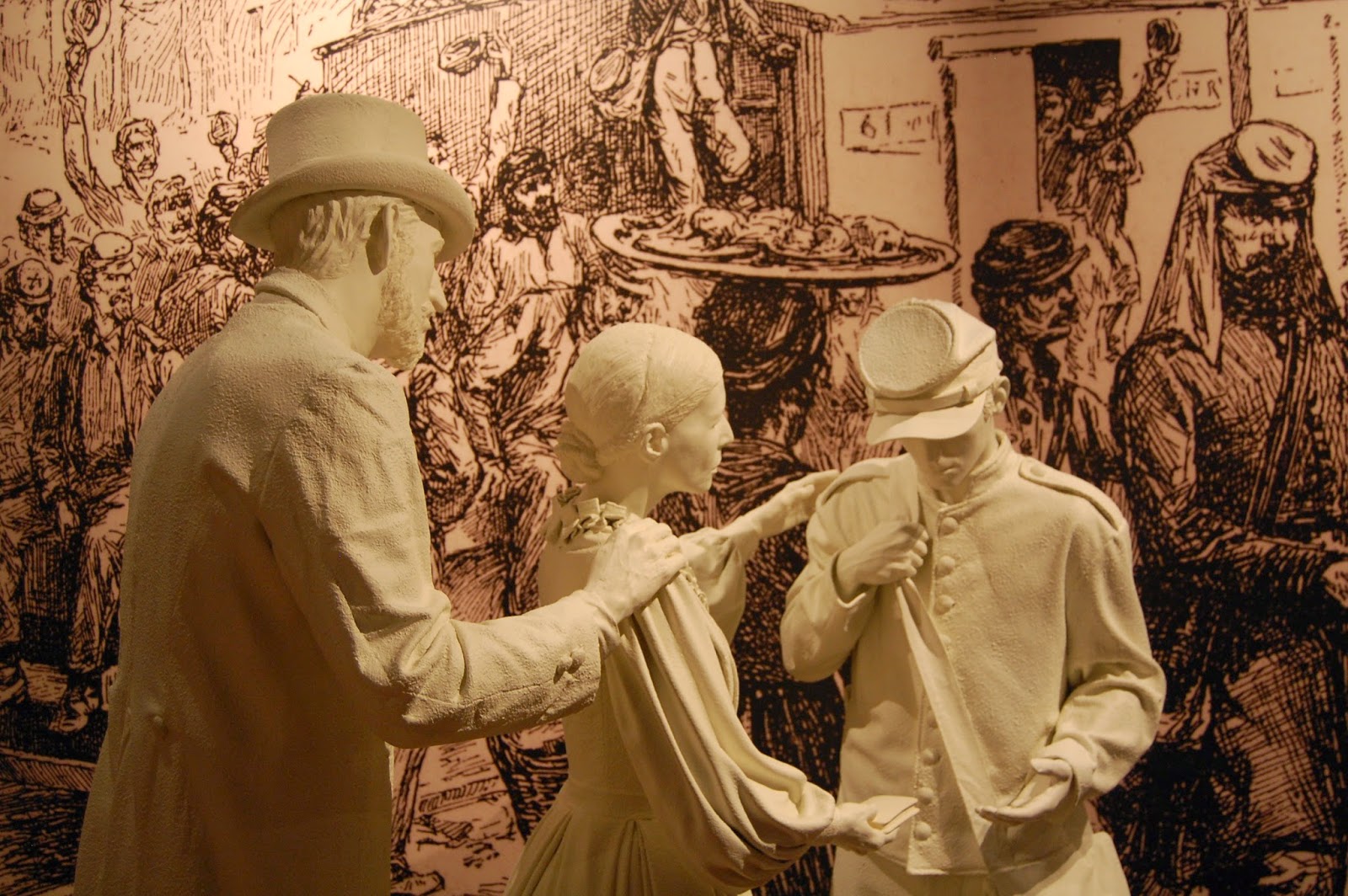 One of the most poignant displays contains no artifacts, just a lifesize tableau.
"Their son heads off to war." A family's pride and anguish. 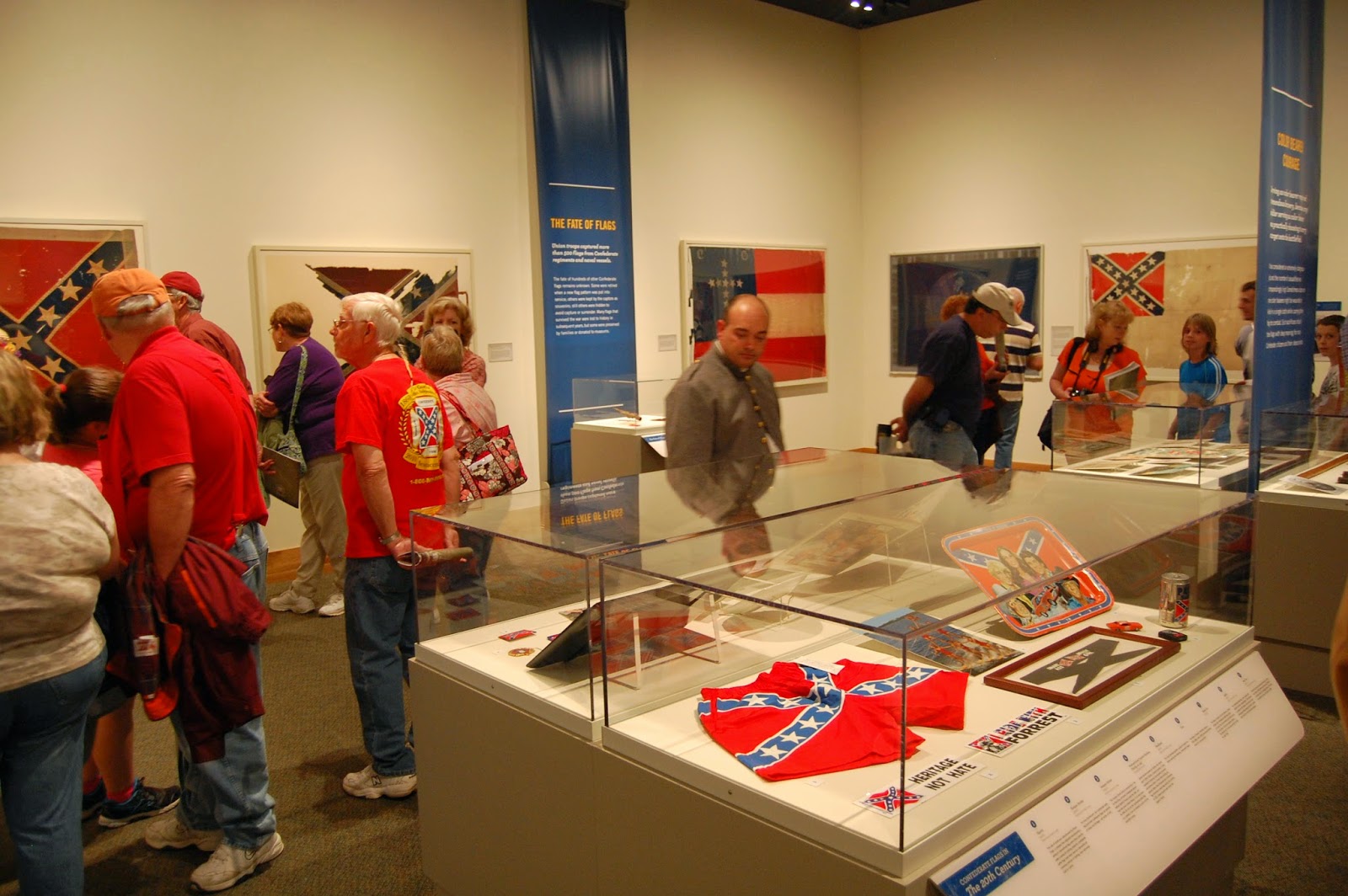 Other displays examine the use of the Confederate Battle Flag, in reverence and kitsch. 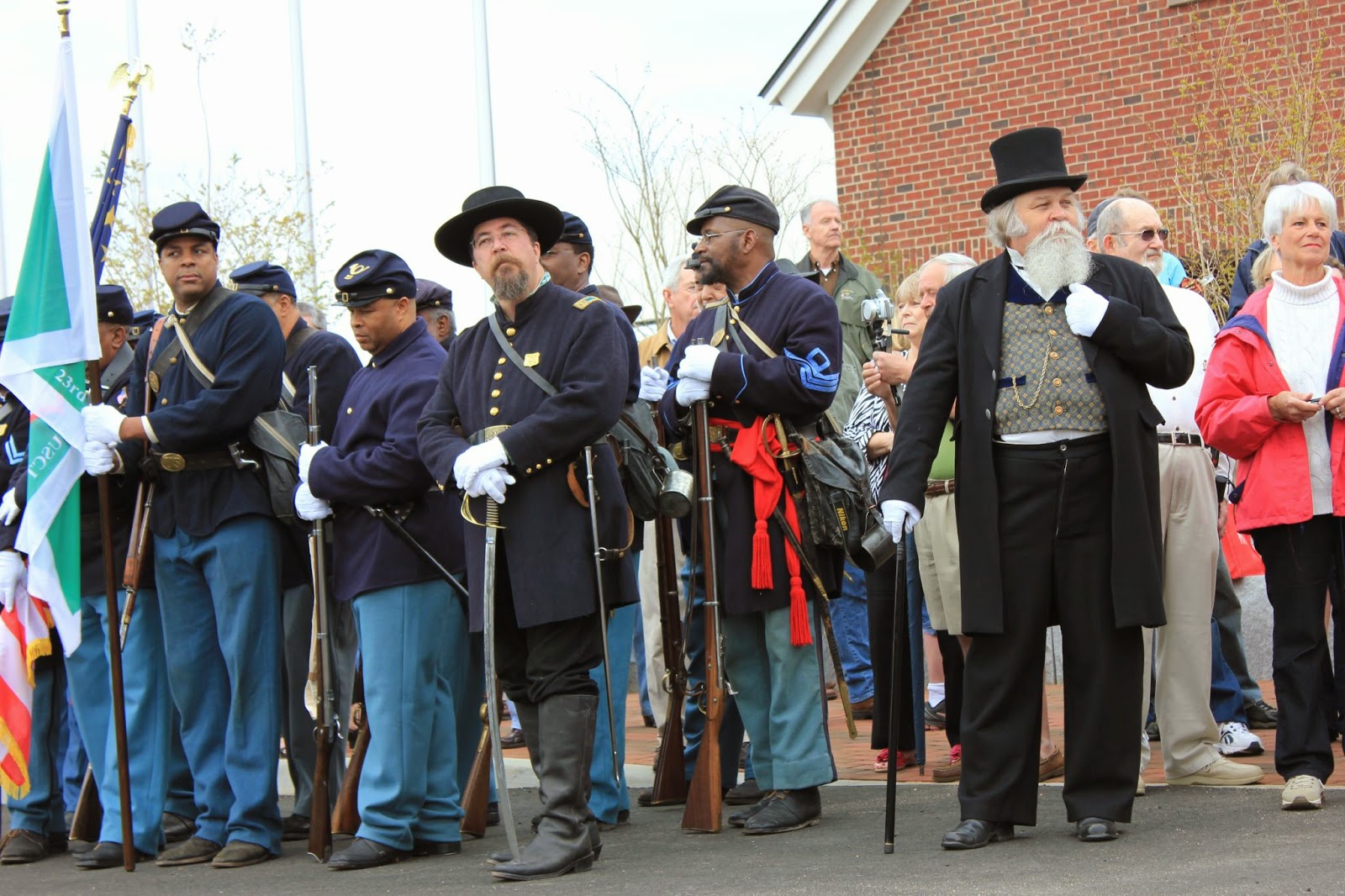 Members of the 23rd Regiment United States Colored Troops, and the 54th Massachusetts,
served as escort to "General Grant", prior to the museum's opening ceremony, March 31, 2012. 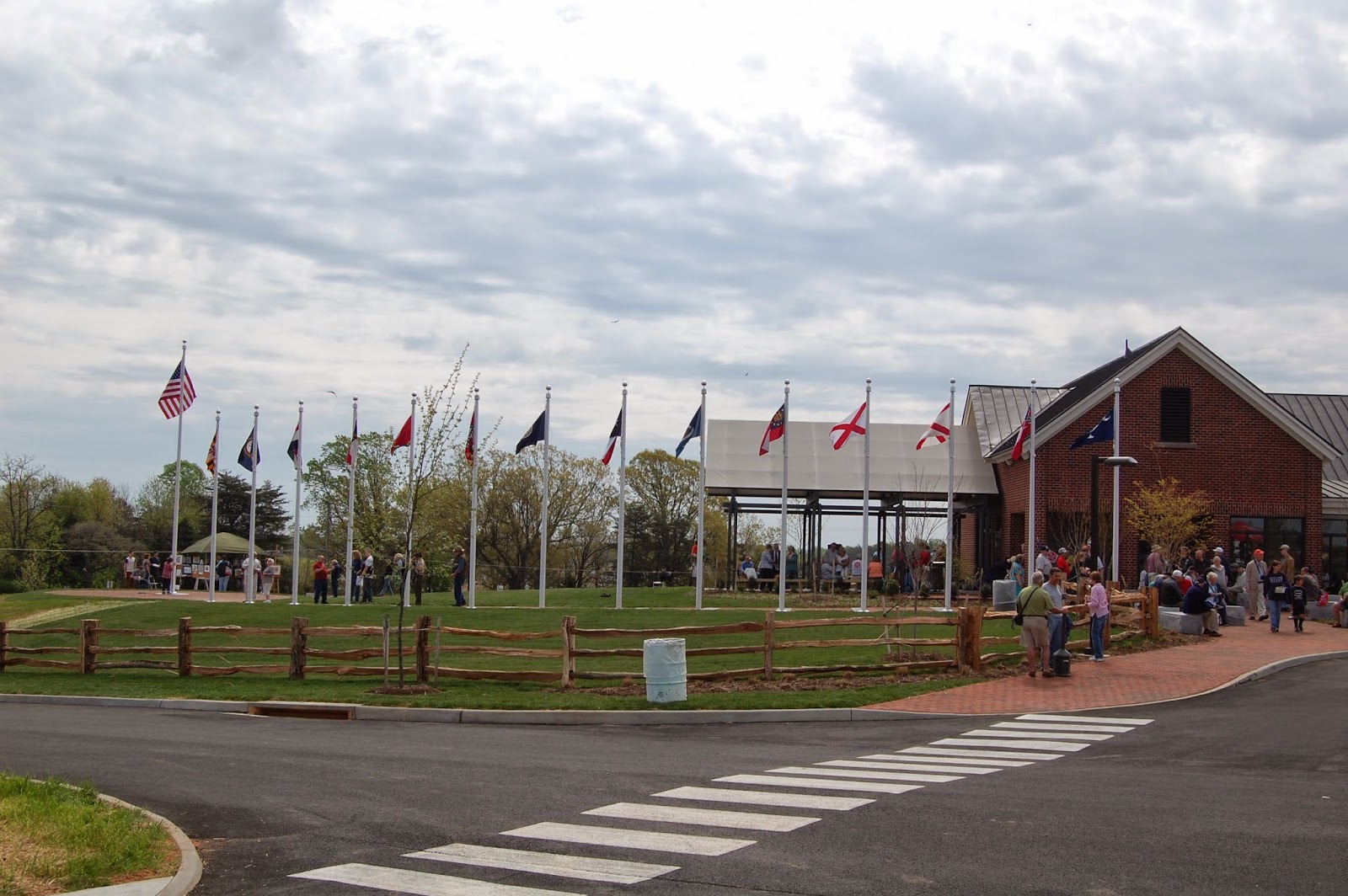 "Reunification of the Nation", is symbolized by the flags of all the
former succeeded states, along with the Stars and Stripes.
There is no "Confederate" flag displayed in front of the museum building. 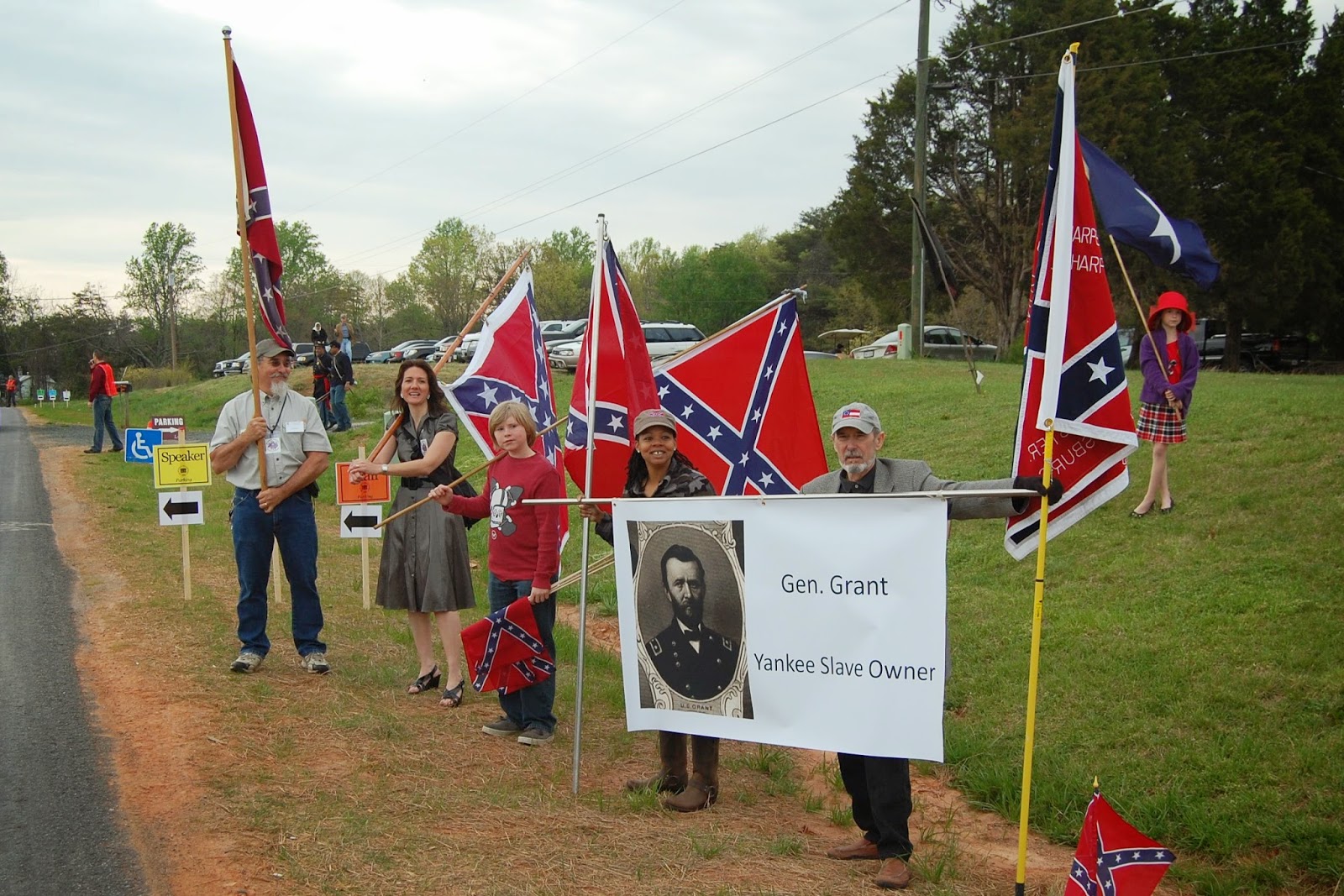 Protesters from the "Virginia Flaggers", and "Mechanized Cavalry"
were on hand to object to the omission of a Confederate flag out front of the
facility, labeling the museum directors as "scalawags and carpetbaggers". 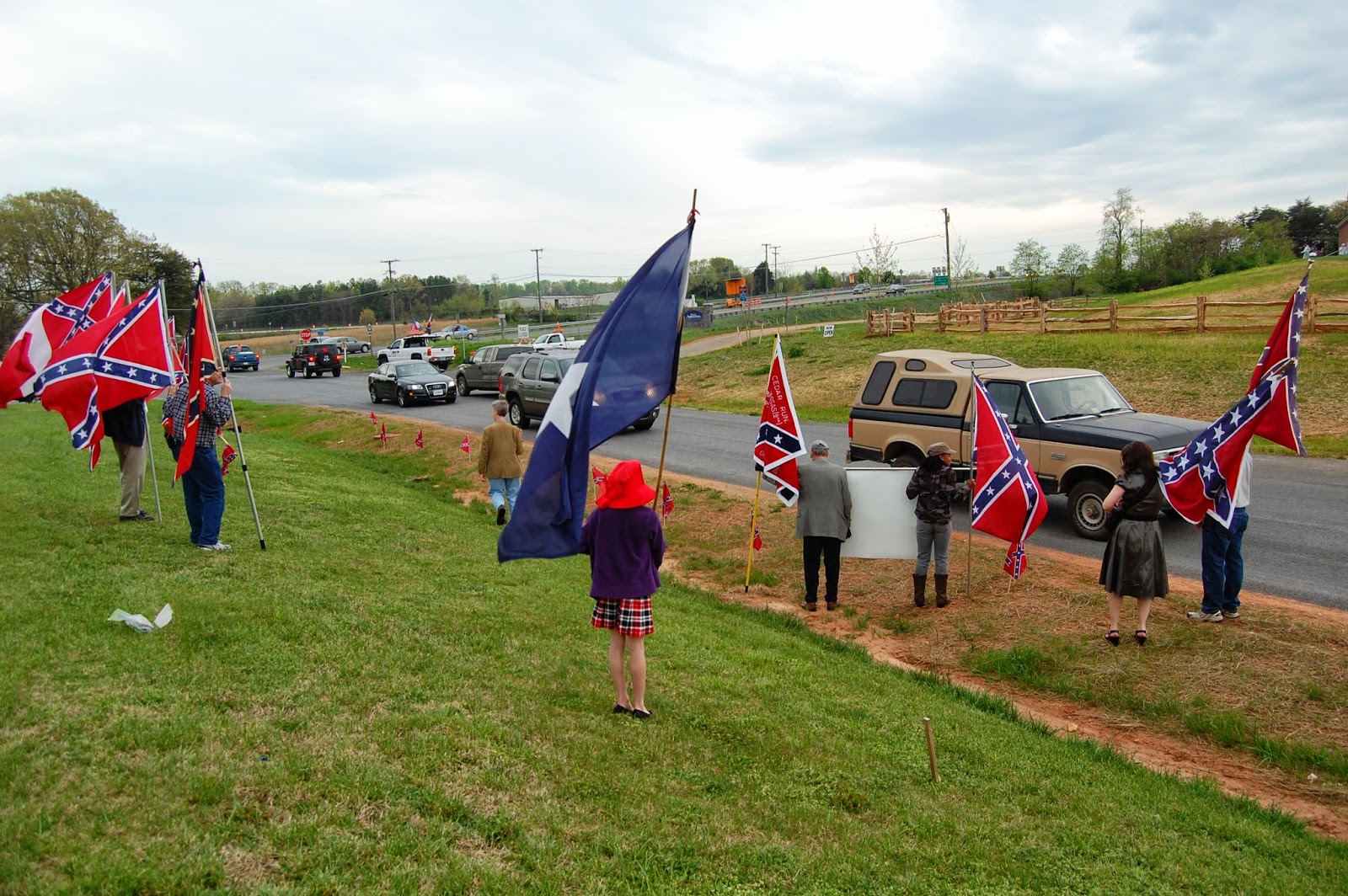 During the opening ceremony, an airplane buzzed overhead, drowning out the speakers.
Behind the plane was a flowing banner, declaring "Reunification by the Bayonet".