A View in Petersburg - Fort Davis - Then and Now

Some years ago, National Park Service historian Chris Calkins was reviewing period images of the siege works around Petersburg, taken by assorted photographers, and now in the collection of the Library of Congress. One image in particular was labeled "Fortification - Petersburg?" The LOC's uncertainty intrigued Mr. Calkins. Armed with his many years of on the ground study of the remaining works around the region, he wagered a guess that it was a rare view of Fort Davis, a square, Federal position, about a half mile below the site of much photographed, Fort Sedgwick, aka "Fort Hell". Calkins later dispatched historian and cartographer, David Lowe, to examine the site and verify his suspicions, and the mystery was solved. Lowe's examinations confirmed the view was taken from the southeast corner, atop the parapet, looking roughly 335 degrees NW. Closer inspection reveals the wooden bridge at the Sally Port entrance to the fort. At far right in the image is the Jerusalem Plank Road, today called Crater Road, or Route 301, heading its way toward the city.
On Sunday, March 2, 2014, the Civil War Fortification Study Group visited Fort Davis as one of the closing events of their annual meeting, at Petersburg. Mr. Lowe recounted his journey to verify this image, which piqued your blog host's interest. The resultant "then and now" comparison is one of the most intriguing that I have created, due to the eye opening changes that time has wrought on the works. Erosion has taken a profound toll on the parapet. Several bombproofs are virtually erased, save for small, protruding mounds along the interior wall. A diagonal, parados traverse, seen at left, has suffered damage from machinery clear-cutting the interior of the fort, and is currently covered by new-growth trees. Fort Davis is not part of the Petersburg National Battlefield, but is maintained by the City of Petersburg. Click on images for larger viewing. 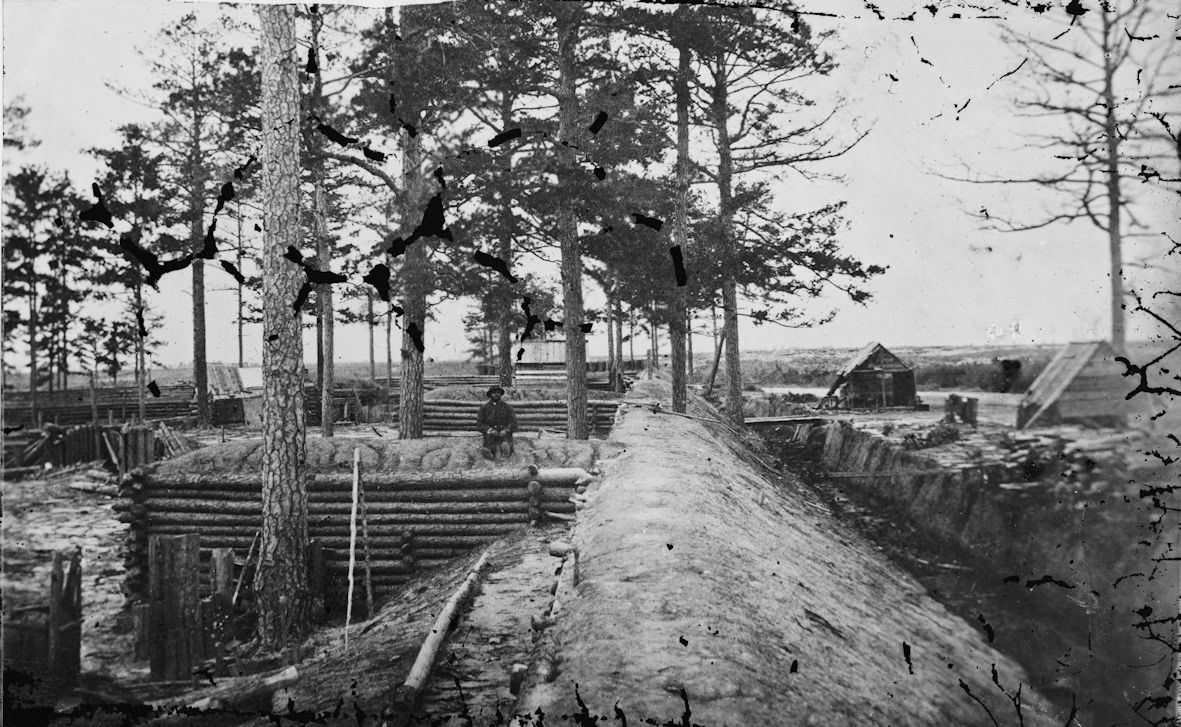 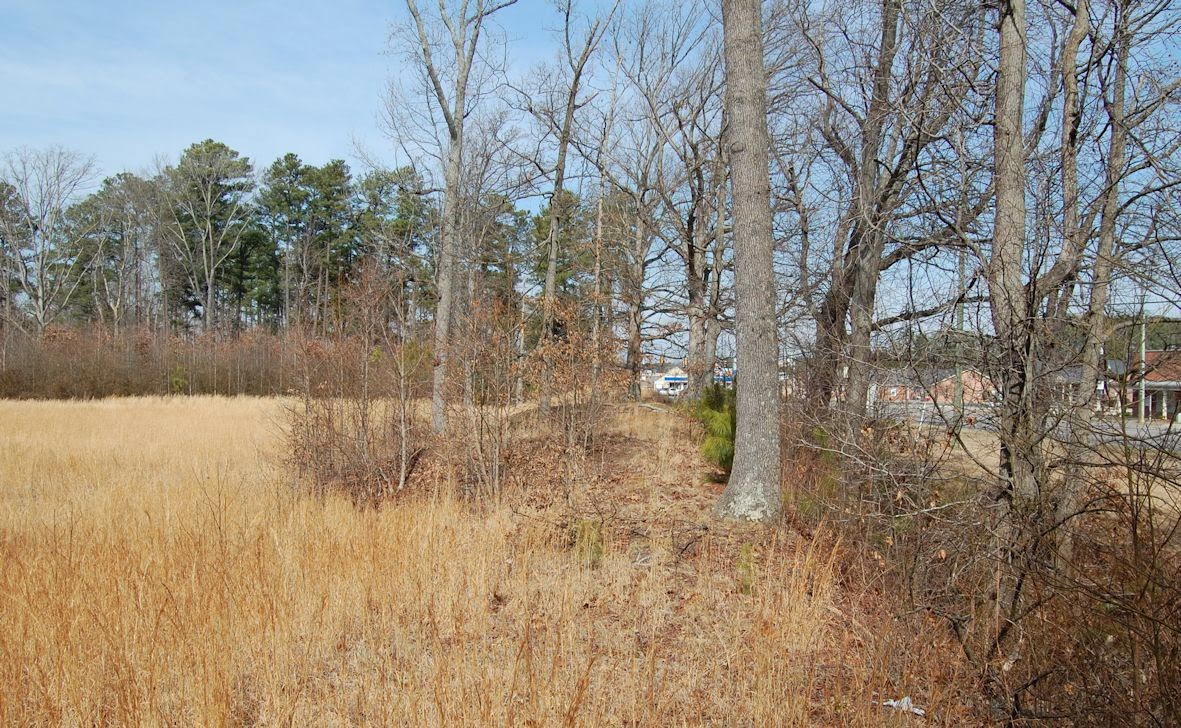 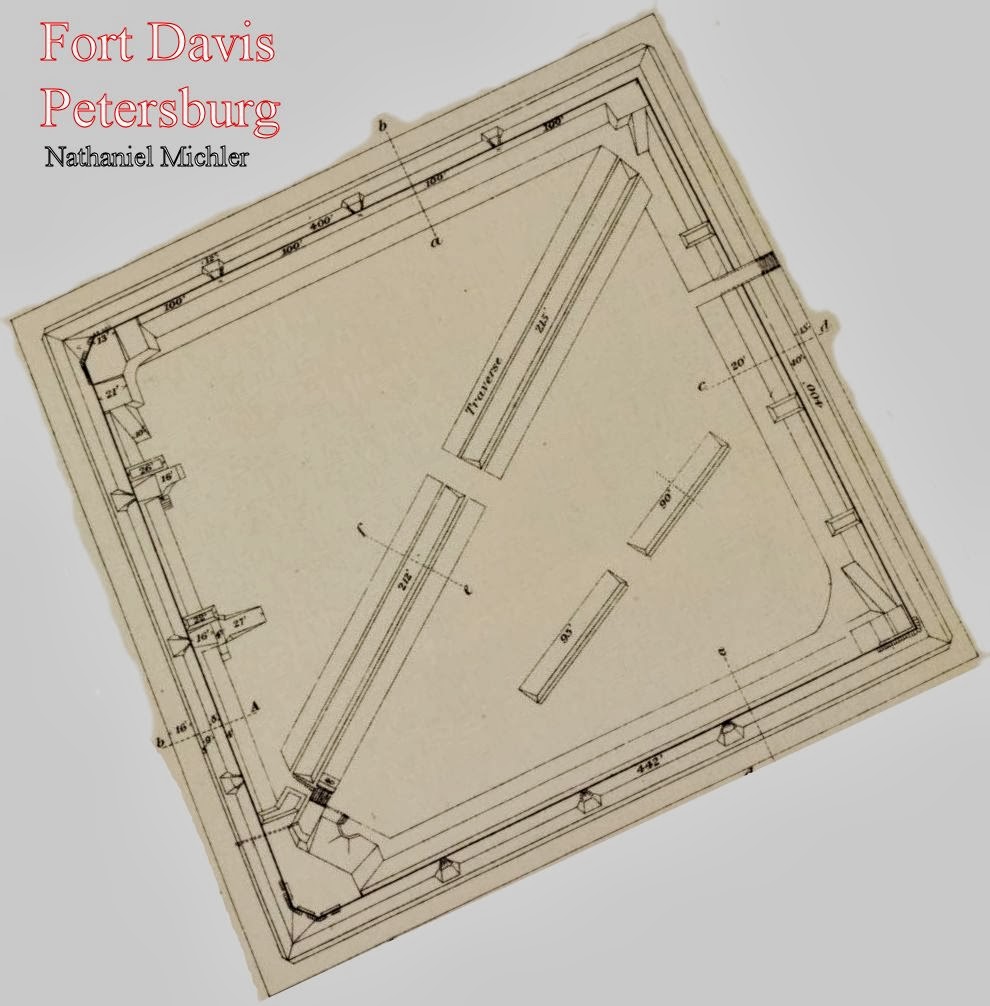 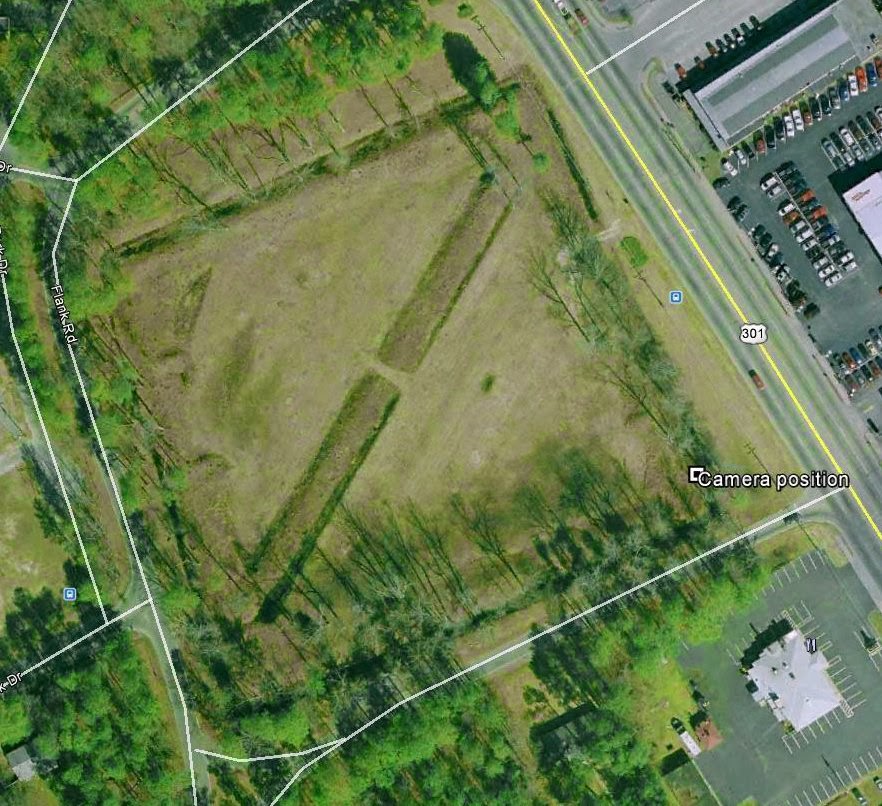 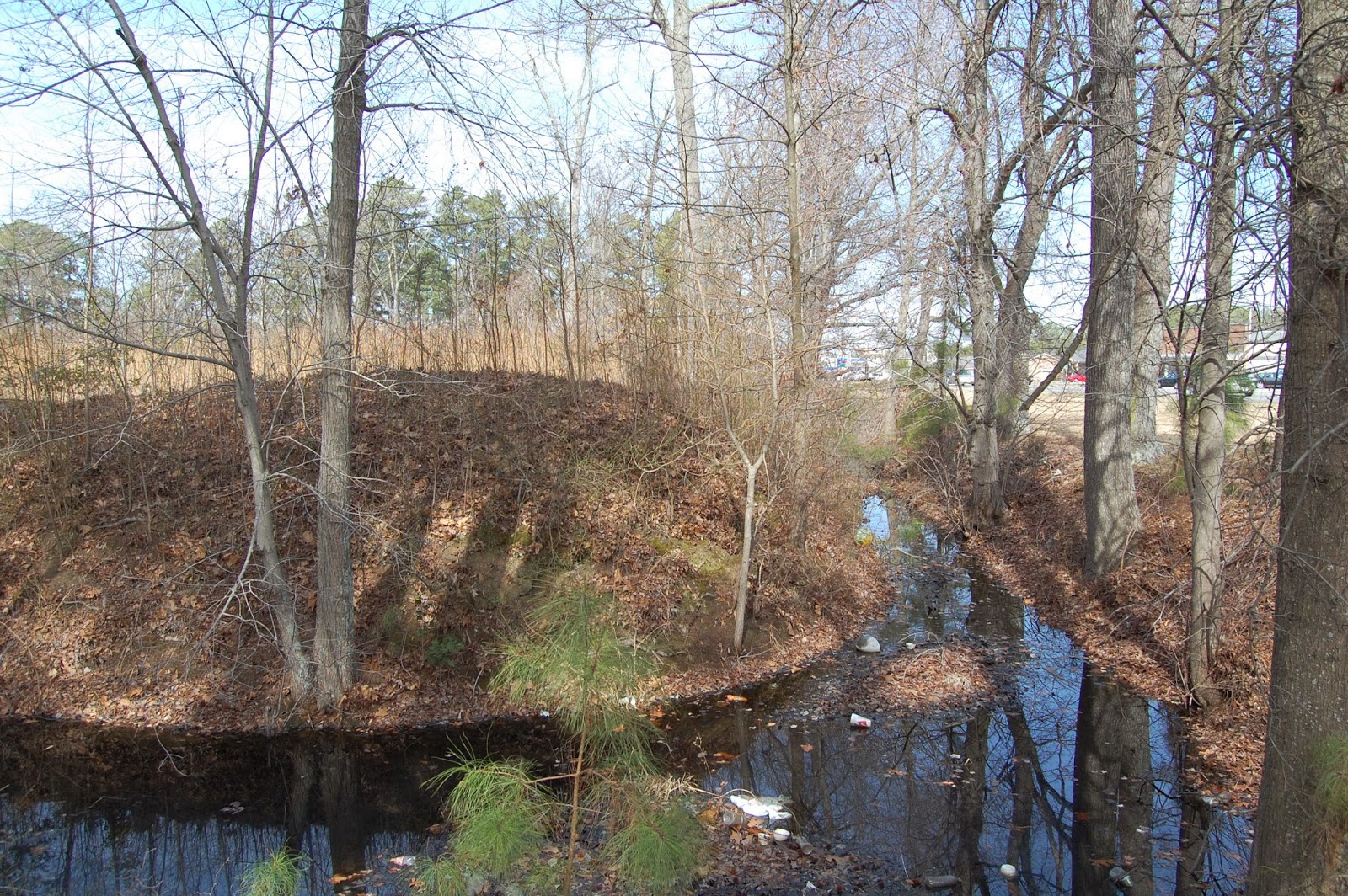 Looking in the same general direction as the then and now comparison,
this view was taken from outside the surrounding ditch, below the parapet.
Photograph by John Cummings. 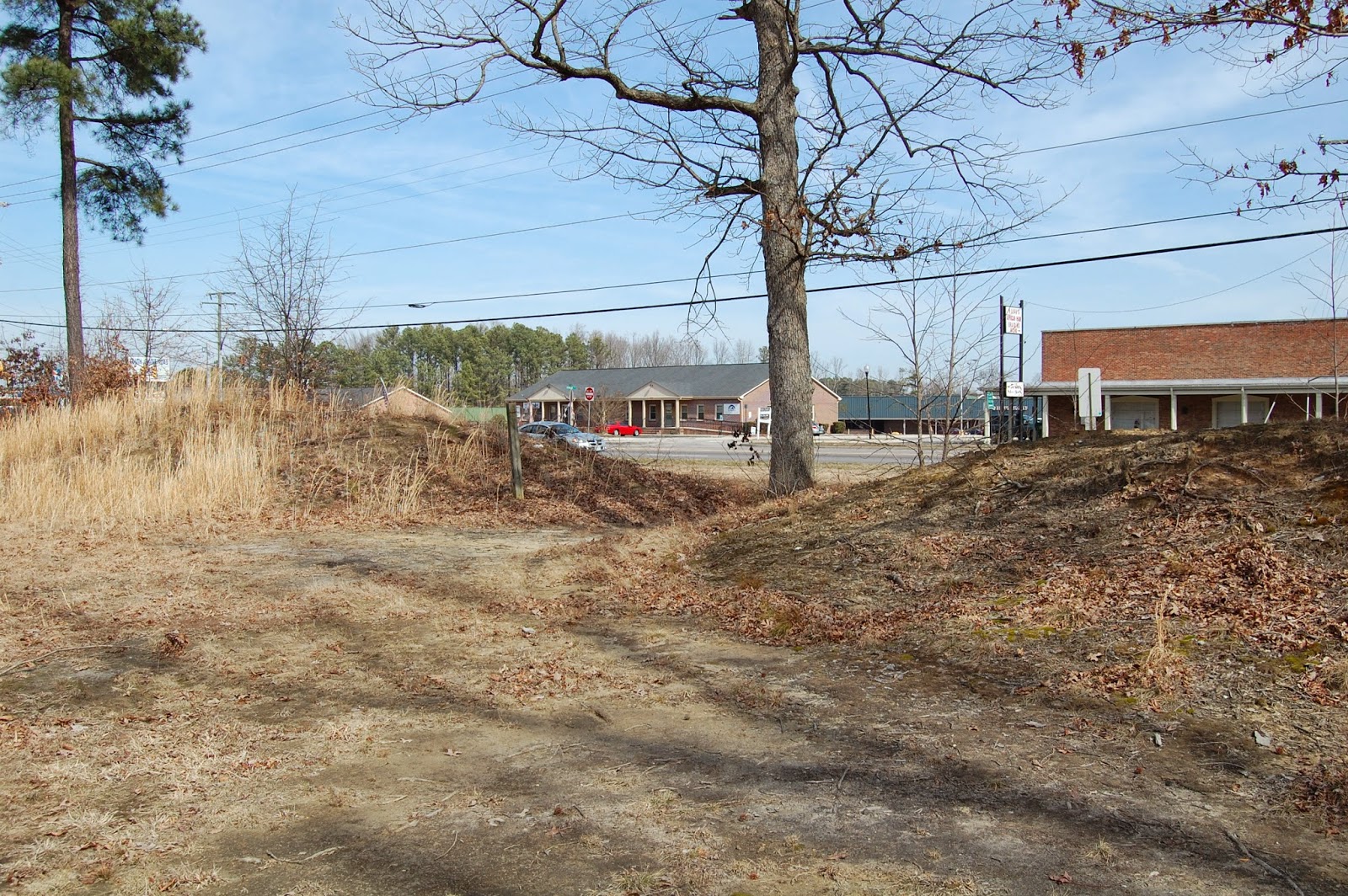 View looking roughly north from inside the fort, across the sally port,
toward the former Jerusalem Plank Road. Photograph by John Cummings.

Below, you will find an overlay that moves between the two images, provided by friend and fellow blogger, John Banks, of John Banks' Civil War Blog. Place your cursor over the top image and move back and forth from the "then" to the "now" images. 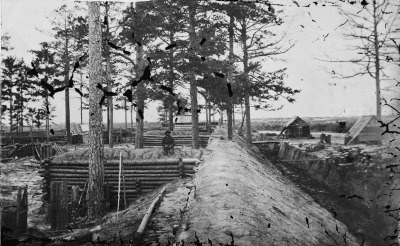 Posted by John Cummings at 1:38 PM

Good stuff, John! Thank you, I enjoy your blog posts.

I was looking for information on Fort Davis (Va.). Not much out there. I ran across this and remembered I was there with you. James