Hospital Burial Site on the Carpenter Farm Located. Wilderness Battlefield. Then and Now... 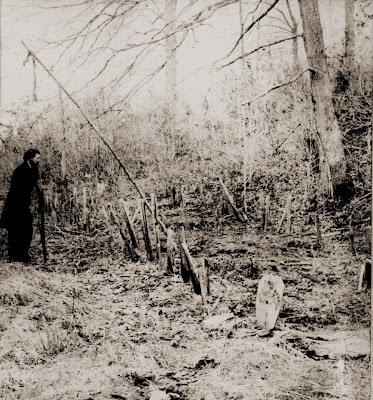 THEN
The photograph above is from the series made under the direction of Union Surgeon, Dr. Reed Bontecou in April 1866. It is identified as showing graves of Union dead on the James Carpenter Farm, near the Wilderness Battlefield. Only one grave marker appears to bear a name, that of Sgt. Richard Ross of the 40th New York Infantry. All images are clickable for greater detail. 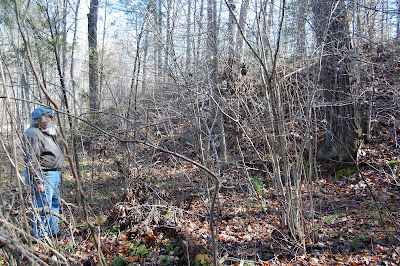 NOW
The 40th New York was in the 3rd Division of the 2nd Corps, Army of the Potomac. Utilizing a hand-drawn map of the 2nd Corps hospital site, supplied by NPS Historian Don Pfanz, and assumed to be from the National Archives collection, your blog host was able to place the vicinity of the four divisions on the modern landscape. After studying the topographic features in the area of the 3rd Division, I was able to find the burial location photographed in 1866, still looking very much as it did then. The bodies had been removed prior to 1876 and reinterred in Fredericksburg on Willis Hill, in the National Cemetery. The hospital site is now the home of the Spotsylvania chapter of the Izaak Walton League.
In November of 2010, NPS Historian John Hennessy wrote a blog feature on Mysteries and Conundrums, which examined the original photograph. In a comment I submitted to that post, I speculated that the burial site would probably be in the range of 75 yards from the road. The location turned out to be about 112 yards from the main road, but alongside what appeared to be a slight road cut within the property. 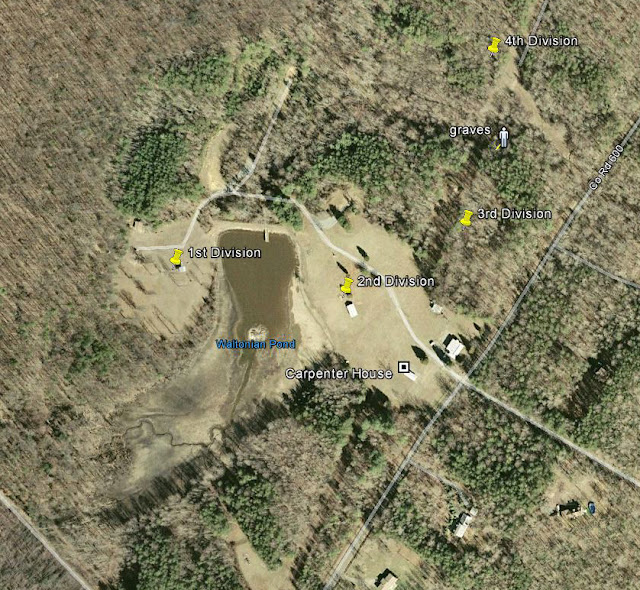 Aerial map of the former Carpenter Farm on Herndon Road, near
the Wilderness battlefield, approximately two miles northeast from where
the 40th was engaged and Sgt. Ross would have been wounded.
I have indicated the area where each division treated their wounded, as
well as the burial area for the 3rd Division, in the upper right, marked "graves".
Note: This land is PRIVATE PROPERTY, do not trespass. 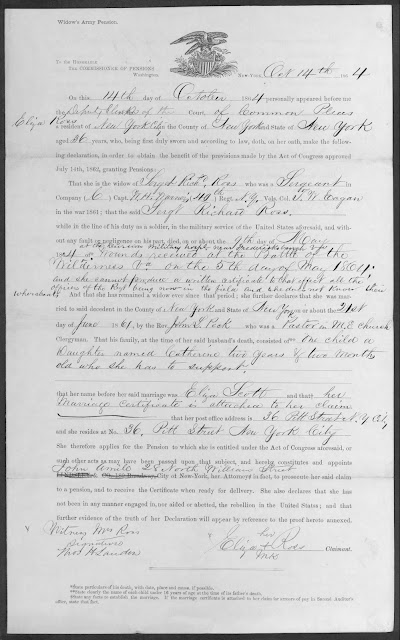 Seen above is a document from the widow's petition for pension filed by Eliza Ross,
October 14, 1864. She would receive eight dollars per month. Ross also left
behind a daughter, Catherine, not yet two years old when her father fell.

The detail above is from the previous document.

The Ross residence, at 36 Pitt St., in New York City, was likely cleared away for construction
of the Williamsburg Bridge, begun in 1896. The area today, as seen below at the corner of
Delancey Street South, retains no resemblance to its 19th century appearance. 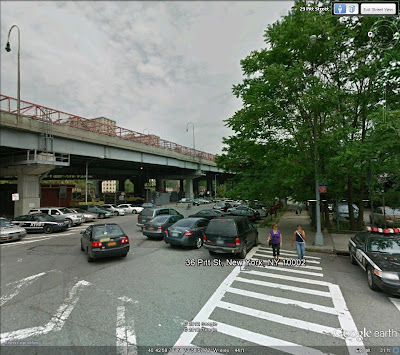 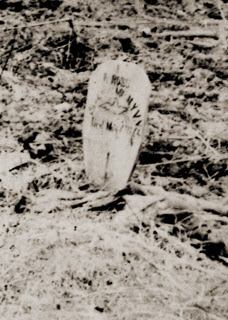 A close-up detail of the original marker for Sgt. Richard Ross. 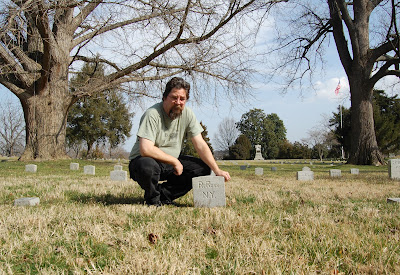 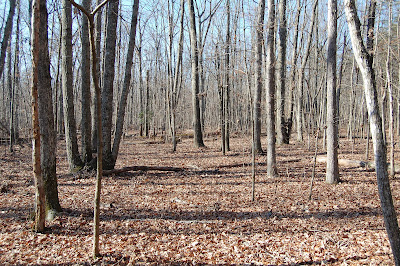 The vicinity of the fighting where Sgt. Ross was likely wounded, south of the Orange Plank Road.
The view looks southwest from the Union position, toward the advance of McGowan's South
Carolinians, followed, to the viewer's left, by Scales' North Carolinians.

It gives me goosebumps to realize that I am standing in the same spot as shown in a 150 yearold photo. Which of course makes it all the more fun. Keep up the good work.

Great stuff, John. The Carpenter Farm has always been of prime interest for me. As you well know, Major Henry Abbott, officer of the 20th Mass Infantry, was taken to this location after being shot in the abdomen on May 6th. His commanding officer, Colonel George Macy, was also taken to the same hospital, having been wounded in the leg earlier in the fight. George Meade's aide Theodore Lyman in his diary provides a moving account of young Abbott's final moments. John -- how did you narrow down the location of the graves? Seems like it could be anywhere in those thick woods. Is that north-south clearing through the woods the remains of the wartime road?

Hello Todd, thanks for commenting. The clearing through the woods is a telephone line route, but it does run next to and over what I am viewing as a deviation from the current confirguration of Herndon Road today. The maps that you had shared, which came via Don Pfanz to you, both show a road system that sweeps around the property. Since I did not explore beyond the immediate area of the 3rd Division I can't say for certain that much else remains, but there is what looks to be a trace of it running down the hill toward the burial area. I narrowed down the spot simply by the location of the 3rd Division based on the maps, and the topography needed to create the land feature in the 1866 photograph. That reduced the search area considerably. It is behind one of the shooting ranges, thus I had to get in their with a member of the organization to assure no incoming rounds! The way the site is situated, one has to assume the graves were being placed in an area not easily seen by the recovering patients. That would not have been good for morale I wouldn't think.

Great work. I found your blog because I was interested in the stereo view that had been posted recently on Civil War Photography. Its great to know there are fellow 'kooks' that find this stuff interesting. I don't have much to add except that I believe I can prove that the wooden headstone says "11" and I have another source to back that up. If I'm right, poor Richard Ross suffered a few more days on this earth. We also might reverse engineer a listing of others buried at Carpenter General Hospital.