Please forgive your host for veering off of home turf, but allow me to take you on a field trip.
As I write, Gettysburg’s Remembrance Day is fast approaching, and with it the one hundred and forty-eighth anniversary of the Gettysburg Address. On the day it was delivered, November 19, 1863, it fell short for many who personally witnessed Lincoln’s presentation. It had been eclipsed by the oration of Edward Everett which went on for over two hours. Lincoln’s remarks came in at a little over two minutes, yet have become one of America’s masterpieces of ceremonial speeches.

Gettysburg itself became an immediate Mecca for memorializing, the dead and the living, almost as soon as the guns fell silent on July 3, 1863. Within twenty-five years of the battle, veteran organizations had begun dotting the landscape with what have now become approximately 1328 markers, monuments and memorials. Millions of visitors continue to make the pilgrimage each year, to walk the fields and climb the hills where over 35,000 men fell killed or wounded. Over eleven thousand more were captured or reported missing.

The Borough of Gettysburg, and the surrounding landscape, continues to evolve as man and nature make their impressions. The town has transformed into a tourist destination with all the trappings, both good and bad that come with that industry. One’s attitude towards that evolution can see it as inevitable or intrusive. Life must go on for those that make Gettysburg their home, and debates of appropriateness follow every step. 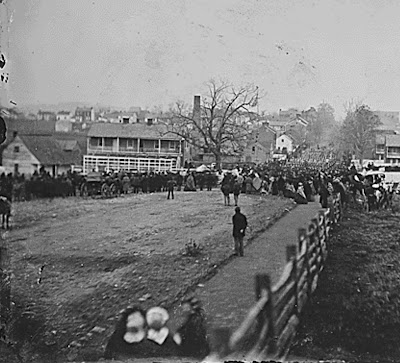 Baltimore Street in Gettysburg, as the procession makes its way
to the National Cemetery Dedication site. November 19, 1863. 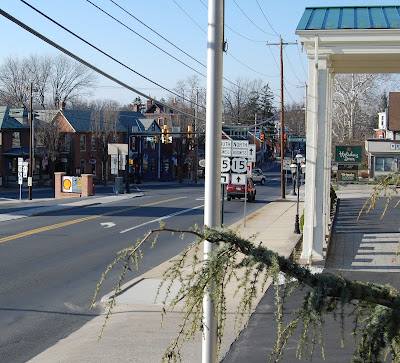 The same view in March of 2009.
Out on the battlefield, the explorations of the annual visitors create numerous concerns for the caretakers of the site, the National Park Service. Erosion of the soil from constant foot traffic wears away at popular tour stops. Even the giant, diabase boulders of Little Round Top and Devil’s Den show the effects of time. 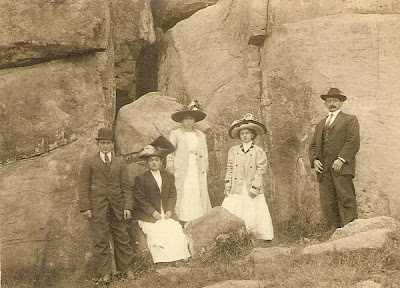 Visitors to Devil's Den -1909, from my personal collection 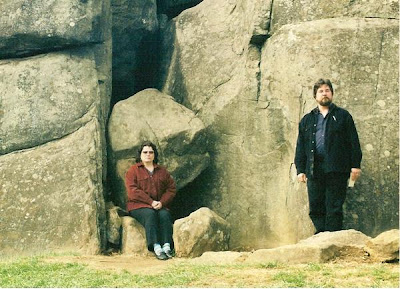 My wife and I emulate their experience - 2006 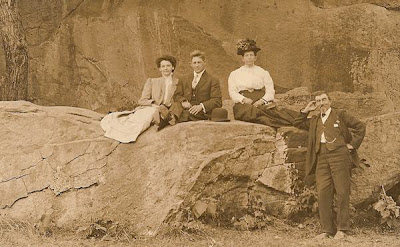 A veteran of the Federal Sixth Corps and his family, also visiting
Devil's Den. From my personal collection. 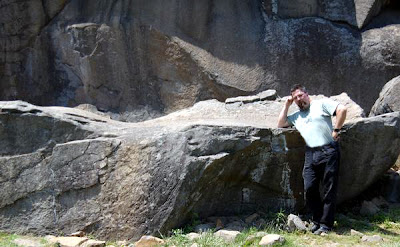 I attempt to walk in his footsteps, but will never fill his shoes. 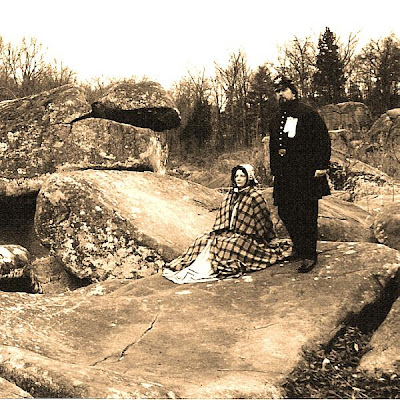 November 2006, my wife and I emulate the countless visiting
veterans and their families who came to Gettysburg in November 1863,
and throughout the years, until none remained to return.
My personal journeys to Gettysburg began in the summer of 1969 with what became for many years a family tradition over the 4th of July holiday, my mother’s birthday. Throughout my childhood there grew many more excuses to visit the battlefield, supplemented by my own excursions as I became a freewheeling young adult. Now, at fifty, I continue my over forty year relationship with the most famous site of our nation’s defining struggle. I reflect on my own experiences, and those who have gone before me. I have watched many changes over the years, improvements and disappointments. It has become a place not only of national significance, but also a place of my own fond memories. Gettysburg is, as photo historian William Frassanito so aptly titled his first book, “A Journey In Time”.
Posted by John Cummings at 5:57 PM