Thursday, July 21st will be the Sesquicentennial anniversary of the battle of First Bull Run/Manassas. The National Park Service is holding the official ceremony on Henry Hill, seen at the right distance in the March 1862 photograph below. 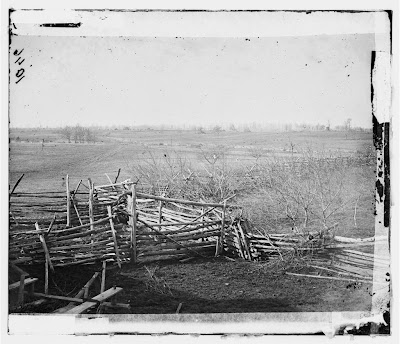 In 1961 my father attended the Centennial commemoration  of the battle and the reenactment held on Henry Hill. I was not quite four months old, and I stayed at home with my mother so as to not fry my infant brain in the extreme July heat. My father took a roll of color slides that day, which enthralled me as I grew up looking at them in a hand held viewer. Coupled with living in a house full of history books, it was a sure thing that I would have a deep rooted appreciation of our National heritage. 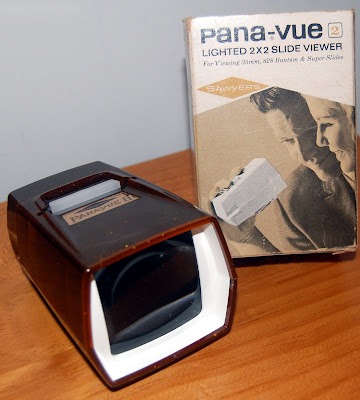 The backlit Pana-Vue slide viewer above, and one of the slides
showing Confederate reenactors forming up for the big show, below. 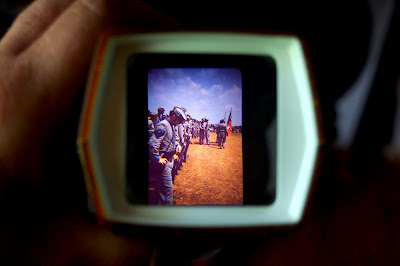 Below is one of my favorite books about the battlefield, written by the pioneering superintendent of
the park, Joseph Mills Hanson. It is still in print today and a must have for any library on the subject. 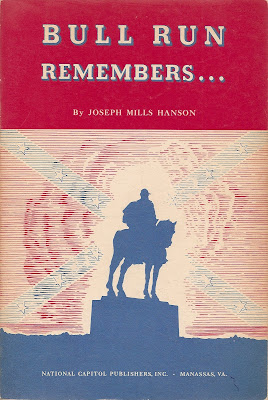 I shall report back on Friday with a follow up on Thursday's events. I have waited fifty years for this.
﻿
Posted by John Cummings at 10:44 PM

Will you be attending the festivities for the reenactment this week? If so I hope you do an off topic post about how it was. Sadly I won't be able to attend.

Looking forward to your roundup of the event. I participated in the 125th anniversary reenactment and was amazed at the numbers in both participants and spectators. I imagine that this celebration will be larger. I certainly hope it is cooler than it was 25 years ago.

Love this kind of "looking back".